We do not sell movie poster reproductions or replicas of any kind. Every single one of our products has been inspected by human eyes and is guaranteed vintage and original.

Check back regularly as new movie posters are continuously being scanned, priced and added to our online catalog. As with all collectible items — especially older movie posters and lobby cards where few are known to exist — once they’re sold, they’re gone into private hands.

Who’s your favorite? Everyone has one . . . a favorite movie star or movie . . . that favorite film moment when we hear a line that captures our imagination and stays with us forever. Welcome to Femmes Fatales & Fantasies, one of America’s largest gallery collection of original vintage movie posters and stills, from the 1920s to the present.

My Love for Old Movies and Classic Movie Posters

The seeds for Femmes Fatales & Fantasies were planted a long time ago with one little girl’s infatuation with a 23-year old Elizabeth Taylor. The Last Time I Saw Paris was my first Elizabeth Taylor movie and it was unforgettable. She became “my first favorite.” Each week, I got my 25¢ allowance and rushed down to the candy store to get a movie magazine with Elizabeth Taylor on the cover. When the Elizabeth Taylor, Debbie Reynolds, and Eddie Fisher scandal broke, Elizabeth was on the cover of every magazine. There weren’t enough quarters in the world for me. I didn’t know it then, but that is when I became a collector of movie memorabilia.

When I reached puberty, I discovered Errol Flynn. Although Errol had passed on to the next world before I reached that magical hormonal age, it did not lessen his impact on the screen for me. I learned that once you became a fan, you stayed a fan and the memories of those feelings would become a permanent part of you. My life changed when I first saw Captain Blood and Robin Hood, and now 50 years later, I can still remember it as if it were yesterday. 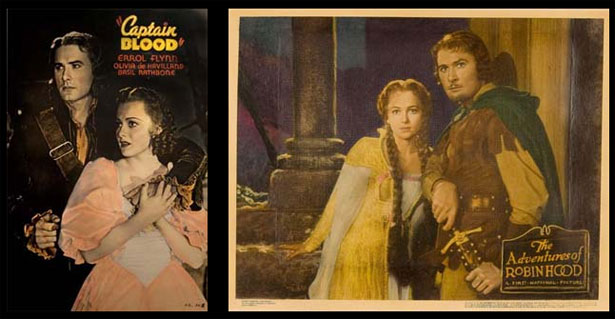 Movie posters are the lure. They are the bait with which the studios, producers and directors reel us into the theater. They have been the gateway to some of the greatest films in history. Movies are a pictorial history of our collective consciousness. They reflect the times in which we have lived and what is going on in the world. They also teach us a great deal about the past. In school, we have our history books but the movies bring history to life.

Film making as we know it, began in the early twentieth century. Although the films of the 1920’s were silent, they said a great deal. Films like Metropolis told us much about man’s plight, the consequences of the choices we make and our responsibility to each other. Metropolis was a German science-fiction movie directed by Fritz Lang. In it, he explored the social crisis between the abused workers and the wealthy owners in a capitalistic society. Another great film was The Unknown from 1927, with Lon Chaney and a very young Joan Crawford. Chaney plays an armless knife thrower and Joan plays the beautiful assistant at whom he throws knives. Chaney’s talent and passion are historic legend in film and this movie should be seen by anyone interested in silent films.

Actors of silent films were very talented. They had to be in order to convey the emotions without the benefit of sound. Clara Bow should be seen today. Without hearing a word, you could see everything she was thinking and feeling on her face. Dialogue was minimal and visual and given to the audience on title cards. 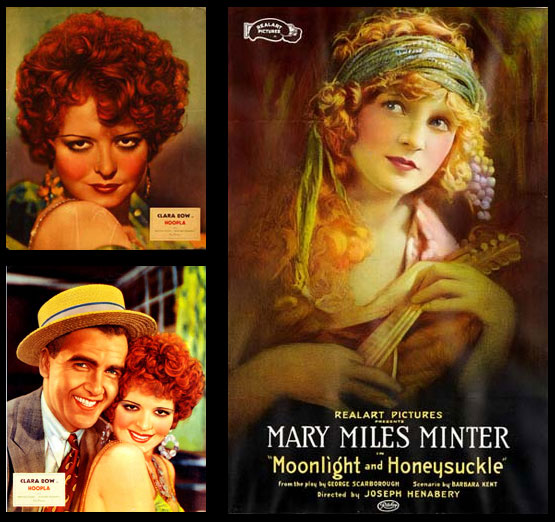 Talking films began with Al Jolson’s The Jazz Singer. To the actors of those days, talking films or talkies, as they are known, created a major frenzy. If the studios did not like your voice . . . Boom! You were out. Actors who had been very successful in silent films suddenly found their careers over. Stars like John Gilbert, co-star and lover of the beautiful Greta Garbo, were criticized for their voices. Talkies destroyed many lives. Frankly, I have heard Mr. Gilbert’s voice and he sounded fine to me. Who knows . . . politics, opinions . . . we all know what opinions are, but when they control the power . . . 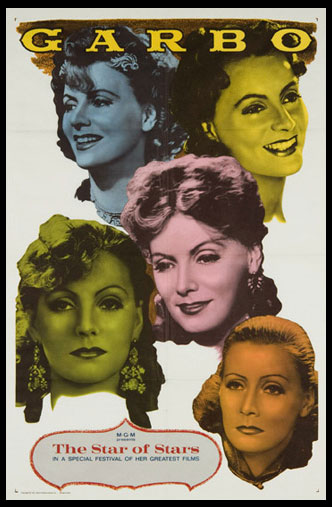 The 30’s saw the rise of Jean Harlow, Clark Gable, Vivian Leigh, as well as the continued success of the Barrymores. My personal favorite was Lionel Barrymore. As my husband says, “Who could not love Lionel Barrymore!” One of the best performances I have ever seen on film was Lionel Barrymore as Otto Kringelein in Grand Hotel. When Otto told his boss how he felt after so many years, he spoke for every decent man and woman who had ever been abused by an employer.

In the early 1930’s, the United States was in the grip of the Great Depression and movies were created to entertain and help people forget the day-to-day struggles. Shirley Temple was the # 1 box office movie actress. Fred Astaire and Ginger Rogers danced their way through many fabulous films with the music of Cole Porter and George Gershwin titillating our senses. 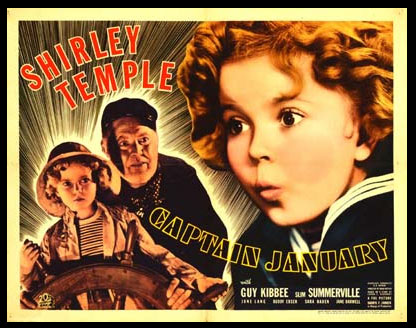 It has been said that 1939 was the best year ever for film. The ten films nominated that year for the Best Picture Academy Award were: Gone With the Wind; Mr. Smith Goes to Washington; Ninotchka; Stagecoach; Wuthering Heights; Dark Victory; Goodbye Mr. Chips; Love Affair; Of Mice and Men; and the incomparable The Wizard of Oz. Gone With the Wind swept the awards and made a star out of Vivian Leigh.

Although producer David O. Selznick saw his film, Gone With the Wind, reach new heights, I felt sorry for him. He spent the rest of his life trying to duplicate that magic. Although he made other successful films, he never had another Gone With the Wind. It affected his health and his perception of himself. Clark Gable was nominated in 1939 but did not win. Awards are for the moment, but a career that lasts a life time is a legacy.

The movies of the 1940’s reflected the impact of the Great Depression. Perhaps people were finally ready for movies like The Grapes of Wrath and It’s A Wonderful Life. Instead of diverting our attention from the sad times, these movies forced us to confront the horrors of the past. Some of the best films of the 1940’s were The Best Years of Our Lives and Mrs. Miniver. They taught us what war was like and showed us the aftermath of WWII. These movies have withstood the test of time. They are as powerful today as they were when they first came out. 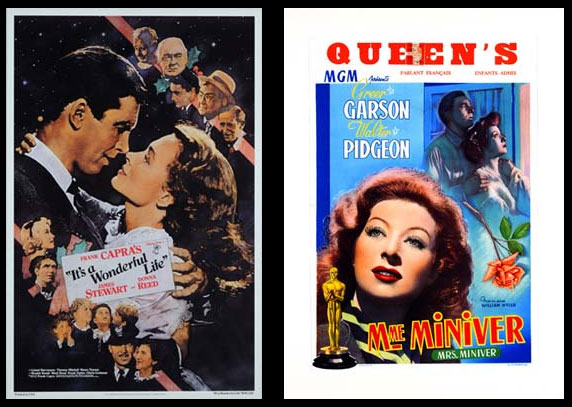 As the late forties approached, filmgoers, as well as filmmakers, became darker and more cynical. In Hollywood, the Black List had begun. Many talented, good people were singled out and labeled as communists and lost their careers and some lost their lives. Film Noir, which began in the 1940’s, filtered into the 1950’s. Film Noir are murder mysteries shot in black and white with shadows, world weary detectives and beautiful women called Femmes Fatales populating the screen. Some great Film Noir movies are This Gun For Hire, Laura, The Maltese Falcon, Out of The Past, Key Largo, The Killers, Nightmare Alley, Gilda and Hangover Square, etc. It has even been speculated that Casablanca was Film Noir. Many popular actors of this time, including Humphrey Bogart, made these films extremely popular . . . and unforgettable. 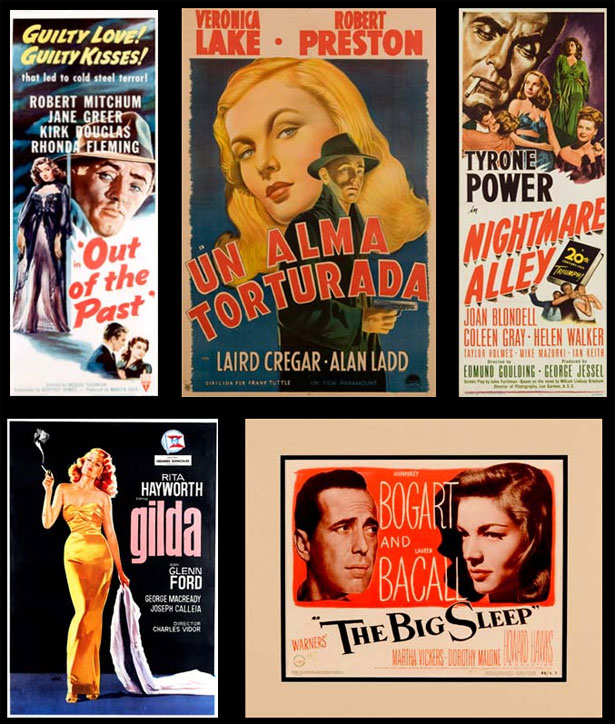 The 1950’s saw a drastic change in Hollywood. In the beginning . . . Hollywood movies had reigned supreme in terms of entertainment, but suddenly, much like an evil character in a movie, television threatened filmmakers. Why would people want to spend money to go to a movie when they could watch TV at home? Add Milton Berle and Lucille Ball and Playhouse 90 to the mix, and you had comedy and drama at its best. What is a producer to do? Hollywood answered back with special effects like Todd-AO and Cinemascope. The screens became wider and the spectacles became larger. Producers also turned to The Bible and began making sword and sandal films, like The Robe, Sodom and Gomorrah, The Ten Commandments and Ben-Hur. These films were produced in gorgeous color and they did help the studios recover from the power of television. 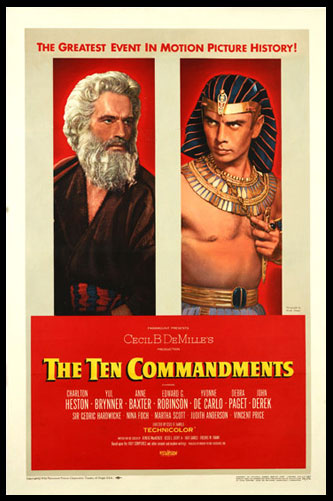 In the late 1960’s, people became more skeptical than ever before. The Boomers were growing up. They had witnessed the assassinations of John F. Kennedy, Martin Luther King and Robert Kennedy. Vietnam was lurking in the background capturing hearts and minds, taking lives and forcing the youth of America to take sides. Films like Easy Rider, and Five Easy Pieces became popular, where perhaps, a generation before they might not have been accepted. As it has been said, “it’s all in the timing”. 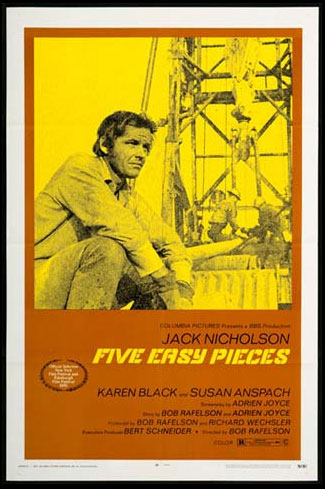 And so, as movies are a reflection of the psyche of the people, posters were the advertising ploy used to lure the people into the theaters. How important is a poster? For some movies, it can make the movie a success. In the early 1940’s, Howard Hughes designed a special bra for boobalicious Jane Russell and consequently the poster made the movie The Outlaw a hit, and Jane Russell a star. In 1959, Suddenly Last Summer became successful in large part due to the poster of Elizabeth Taylor in a white swimsuit. The movie itself touched on homosexuality and cannibalism, but no one considered this when they looked at the poster of a sensual Elizabeth Taylor. 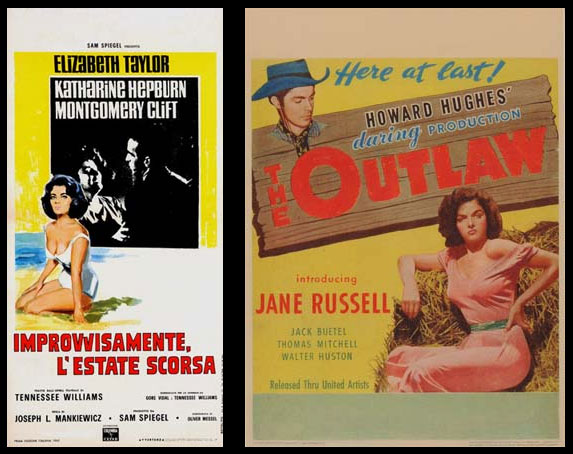 The love affair that began with a little girl’s infatuation with Elizabeth Taylor grew into that little girl becoming a vintage movie poster collector. Many of the items that I collected as a child have become quite valuable today. So if your little one wants to collect anything, consider the possibility that in 30 or 40 years time, that item may become more valuable or even priceless.

I married my husband Mark, in 1969. Over the years, he grew to share my passion for movies and posters. This is how Femmes Fatales & Fantasies was born.

So, who is your favorite? As you travel the Yellow Brick Road through our website Back to the Future, perhaps you will remember The Way We Were. You can visit Atlantis, Camelot, Niagara or Raintree County. You can say hello to Cleopatra, Indiana Jones and James Bond. As author Maxwell Maltz once wrote, “The mind cannot tell the difference between something real or something vividly imagined.” As Walter Cronkite once said, You Are There. 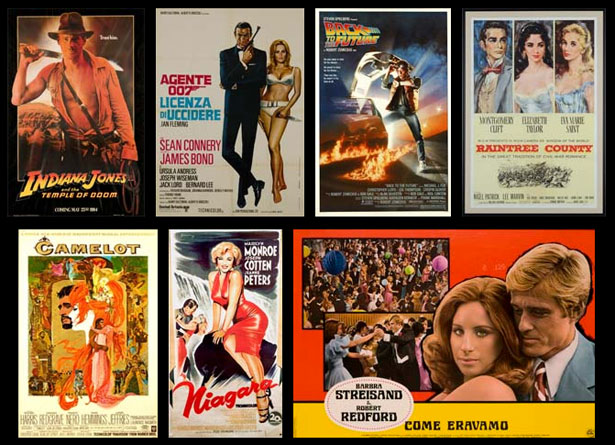 We hope you enjoy visiting FFF Movie Posters. If you’re ever in town, to paraphrase Mae West,

“Why don’t you come up and see us sometime.” – Sherry Goldberg