On the night of his 42nd birthday, George Webber, a popular songwriter, begins showing symptoms of “middle-age crisis.” Over the succeeding weeks, he finds himself continually staring at young girls on the street, and he begins envying his high-living neighbor, whose life is one endless orgy. George’s behavior causes great concern to his lover, singing star Samantha Taylor, and to his partner Hugh, who has seemingly avoided George’s dilemma by being gay. While driving home one afternoon, George spots Jenny, a stunning young beauty en route to her marriage ceremony. Regarding her as “the most beautiful girl I’ve ever seen” (on a scale from one to 10), George follows her to the church. He later learns her name, and discovers that she and her husband are honeymooning in Mexico. Driven by the impulse to see her again, George flies to Mexico and checks into the hotel where Jenny is staying. Blake Edwards’ “10”, the 1979 Blake Edwards sex comedy (“A temptingly tasteful comedy for adults who can count”; “Just when he thought it was safe to go back in the water.”; “When rating women if ‘8’s’ make you pant and ‘9’s’ make you sweat… Imagine what will happen when you meet a ’10’!”; “MARCH to see Bo Derek in ’10’ now! Then see her in March Playboy.”; “Bo Derek, The ’10’ girl in a sensational pictorial.”; “Written and Directed by Blake Edwards”) starring Dudley Moore, Julie Andrews, Bo Derek (billed as “introducing Bo Derek”), Robert Webber, Dee Wallace-Stone, and Brian Dennehy 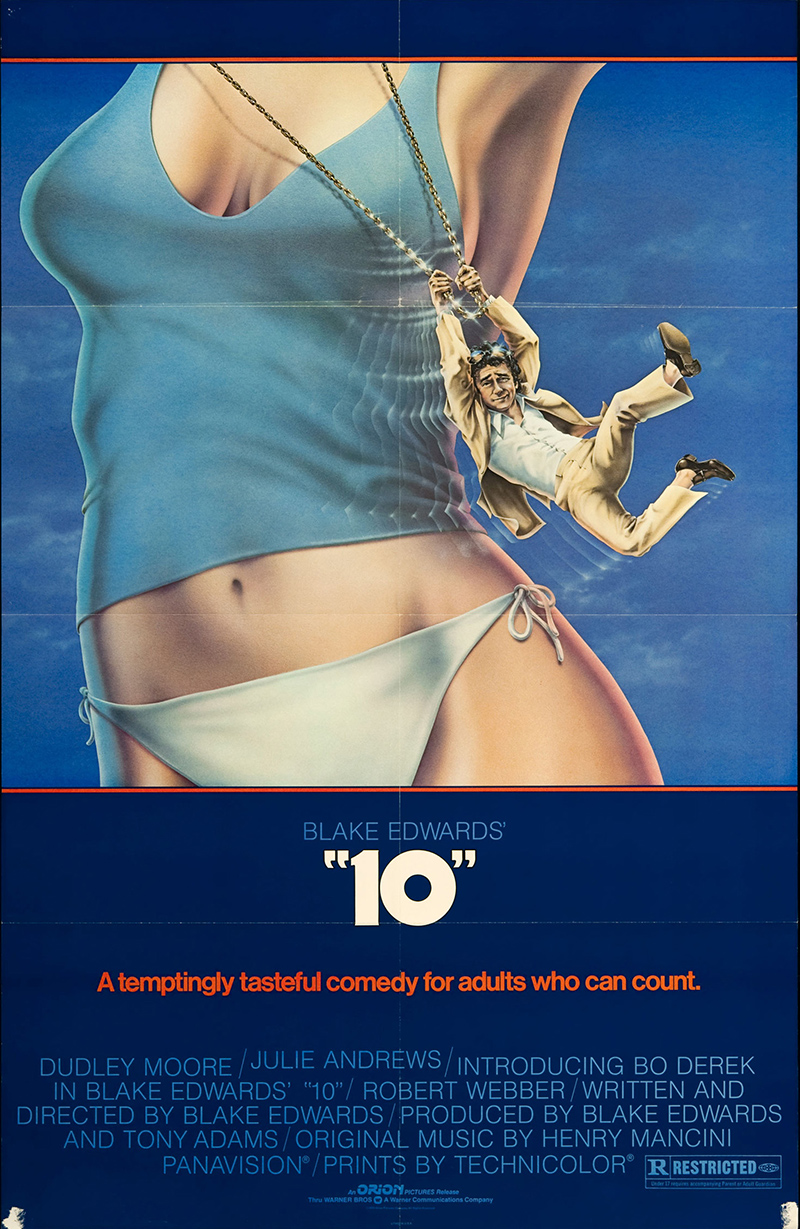