Mr. Magoo’s ancestor, Abdul Aziz Magoo, is the uncle of Aladdin, and falls in love with a princess. One Thousand and One Arabian Nights, the 1959 Jack Kinney animated cartoon fantasy comedy (“1001 wonderful sounds and sights”; “Starring the Nearsighted Mister Magoo”) featuring the voices of Jim Backus (other than being the voice of Mister Magoo, he is best remembered as Thurston Howell III in TV’s “Gilligan’s Island”; “as Uncle Abdul Azziz Magoo”), Kathryn Grant (“as Princess Yasminda”), Dwayne Hickman (“as Magoo’s nephew, Aladdin”), Hans Conried (“as The Wicked Wazir”), Heschell Bernardi (“as The Jinni of the Lamp”), Daws Butler (“as Omar the Rug Maker”), Alan Reed (“as The Sultan”; while it is not common knowledge, Reed is probably most memorable as the voice of Fred Flintstone from “The Flintstones”), and The Clark Sisters (“as Three Little Maids from Damascus”) 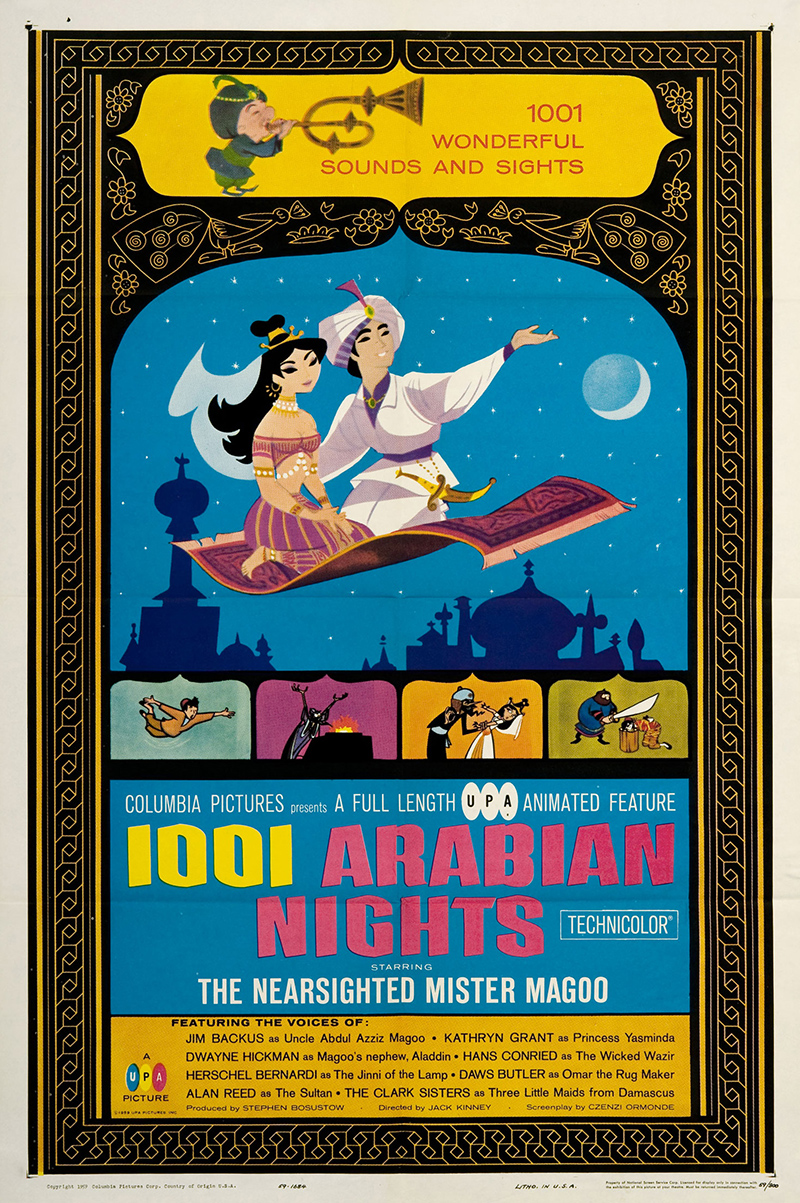