A satirical film on fads in the US. A TV host on a late night show tries to convince his televiewers that they should return to Rome and Roman ways. Depicts in a semi-realistic manner what could happen if the latest America fad became Reditus Ad Roma, a Return to Rome. Launched as a gimmick by a late night TV show, the International Culture Hour, the fad catches on fast and soon everybody from the long-haired pop singers to senators, from motor cycle outlaws to the military chiefs of the Pentagon, are dressing up in togas and taking part in orgies organized at the fashionable discos and in private houses. A mysterious figure from the Other World, a Roman general who survived the fall of Rome, who has been sent to Earth to convince our sin soaked masses not to let it happen again, provides the moral. But Gregarious the Ancient Roman, never manages to open his mouth on TV and ends by throwing himself into the familiar arms of a shapely maiden whose Reditus Ad Roma outfit has been designed by topless inventor Rudi Gernreigh. 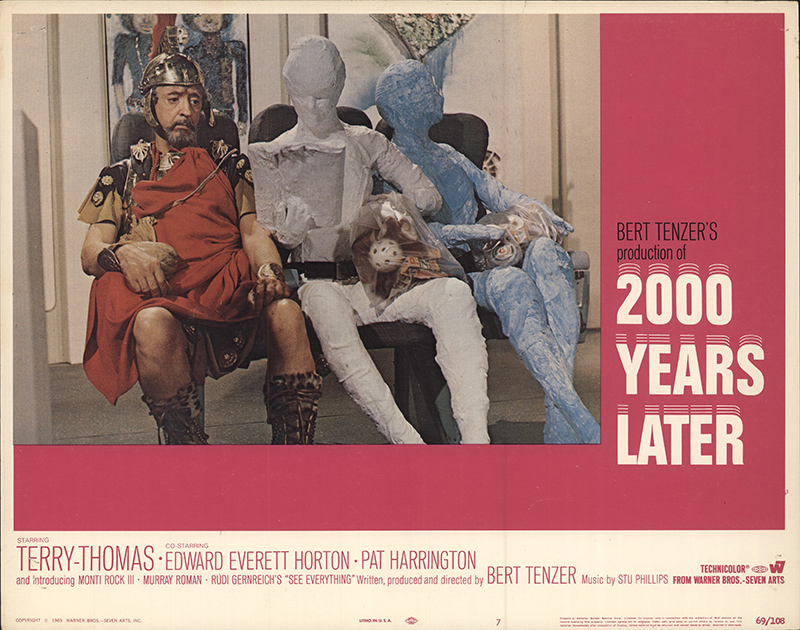