An artist has an opportunity to go to Paris and wants to bring his fiancee along. However, she’s a psychiatrist who currently has three female patients who don’t like men. So, he guises himself as three different men to gauge their trust and hopefully cure them so that his fiancee can go with him. Three On a Couch, the 1966 Jerry Lewis psychiatrist romantic screwball comedy (“When Jerry takes over as “The King” of the great lovers- PANDEMONIUM REIGNS!”; “What a Lover! What a Romeo! What a Line! What a Riot!”; “Based on a story by Arne Sultan and Marvin Worth”) starring Jerry Lewis, Janet Leigh, Mary Ann Mobley, Gila Golan, Leslie Parrish, and James Best (billed as “introducing James Best”)

Also Featuring the Cast of Three on a Couch 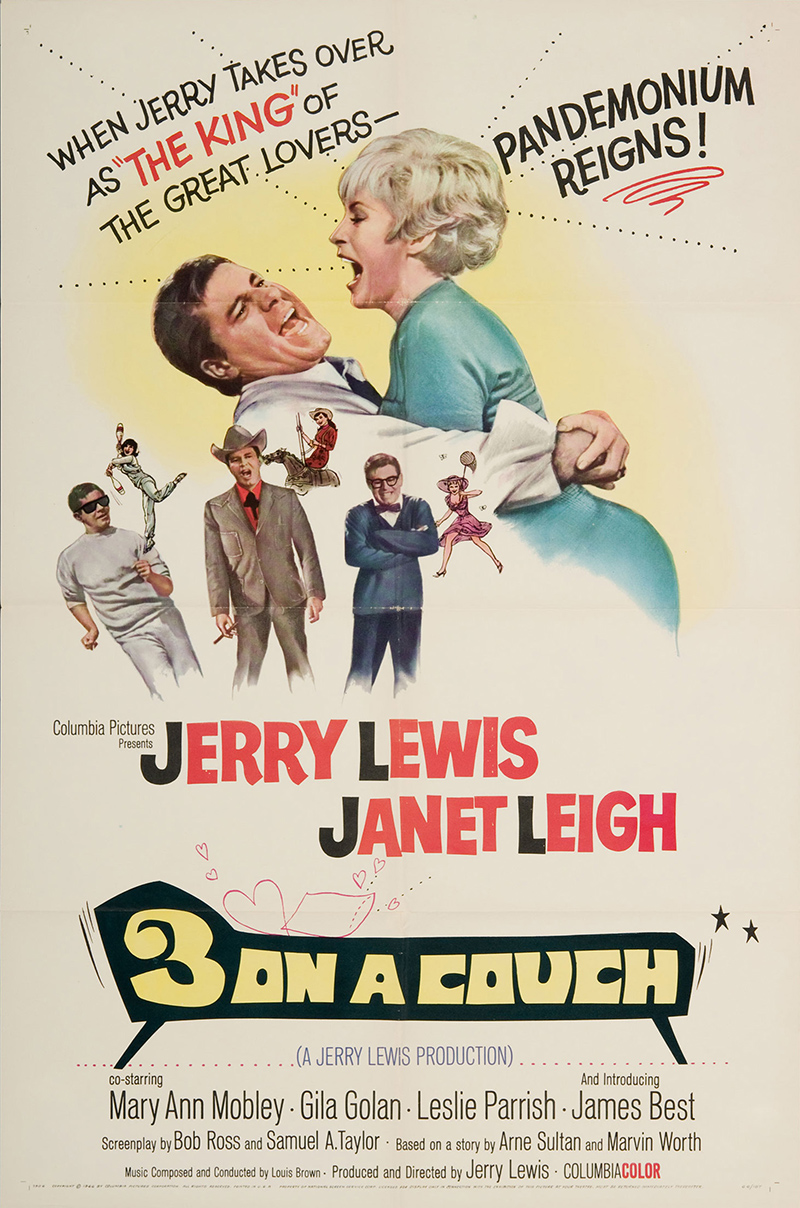