Condition Note: (VG) Pinholes on all four corners, and down both sides, in white. Tape and tape residue on all four corners and the left edge at the lower horizontal fold. Large tear with paper missing on the bottom edge, center. Upper left edge of the poster is dirty with light staining and overall discoloration. Folded

Essentially true story of how Spartan king Leonidas led an extremely small army of Greek Soldiers (300 of them his personal body guards from Sparta) to hold off an invading Persian army now thought to have numbered 250,000. The actual heroism of those who stood (and ultimately died) with Leonidas helped shape the course of Western Civilization, allowing the Greek city states time to organize an army which repelled the Persians. Set in 480 BC. The Three Hundred Spartans, the 1962 Rudolph Mate Greece Greek sword-and-sandal historical war adventure epic (“Thermopylae… Mighty battle epic of a handful of men… forming the invincible ‘flying wedge’ – against a killer horde five million strong!”; “The mighty Battle of Thermopylae… When a handful of men formed the ‘Flying Wedge’ against an army five million strong!”; “‘Here we stay! Here we stand until we win-or die!'”; “The Battle of Thermopylae…Outnumbered a thousand to one – A handful of men forming a ‘Flying Wedge’ with the cry: ‘HERE WE STAY! HERE WE STAND! UNTIL WE WIN – OR DIE!'”; starring Richard Egan, Sir Ralph Richardson (as King Leonidas), Diane Baker, Barry Coe, David Farrar (as Xerxes), Donald Huston, Anna Synodinou (billed as “Introducing Anna Synodinou”), and Robert Brown

Also Featuring the Cast of The 300 Spartans 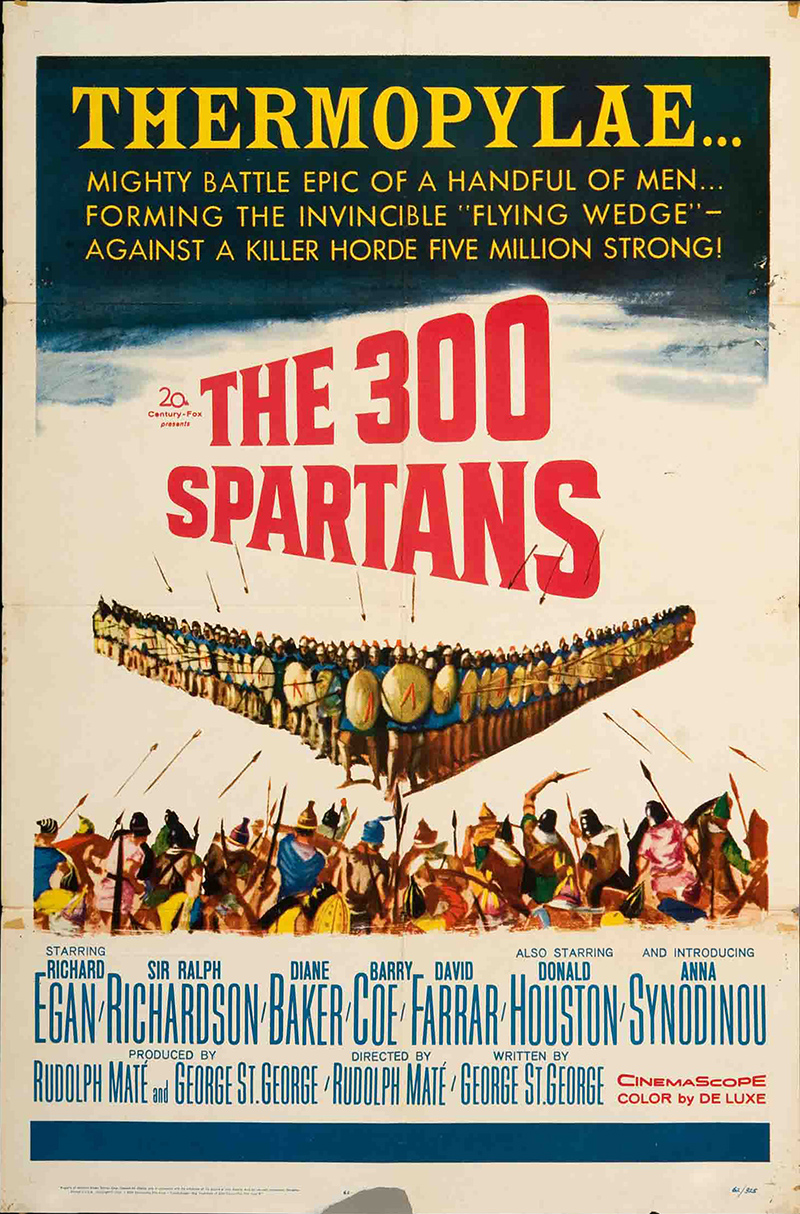