Condition Note: (F-VF) Pinholes on all four corners, in white. Fold separation/tear on the bottom edge at the cetner vertical fold. Folded.

Marion Forbes is the secretary, the lover and the creator of the financial fortunes of Harry Chapman, but Chapman falls in love with Francis and decides to marry her. The revenge of Marion is terrible. With the help of the third voice she kills Harry who is then impersonated by the third voice. All of this to steal $600,000. The Third Voice, the 1960 Hubert Cornfield crime mystery thriller (“It’s DIABOLIKILL!”; “A new sound in terror! A fiendish experiment in murder!”; “It will leave you speechless! The surprise ending may knock you out of your seat!”; “Once it belonged to a dead man!”; “Based on the novel ‘All the Way’ by Charles Williams”) starring Edmond O’Brien, Laraine Day, Julie London (London had a long career in movies and as a singer, becoming a star in the late 1950s, and she later had success in the 1970s on the TV show “Emergency!”), Ralph Brooks, Roque Ybarra, and Ruben Marino

Also Featuring the Cast of The 3rd Voice 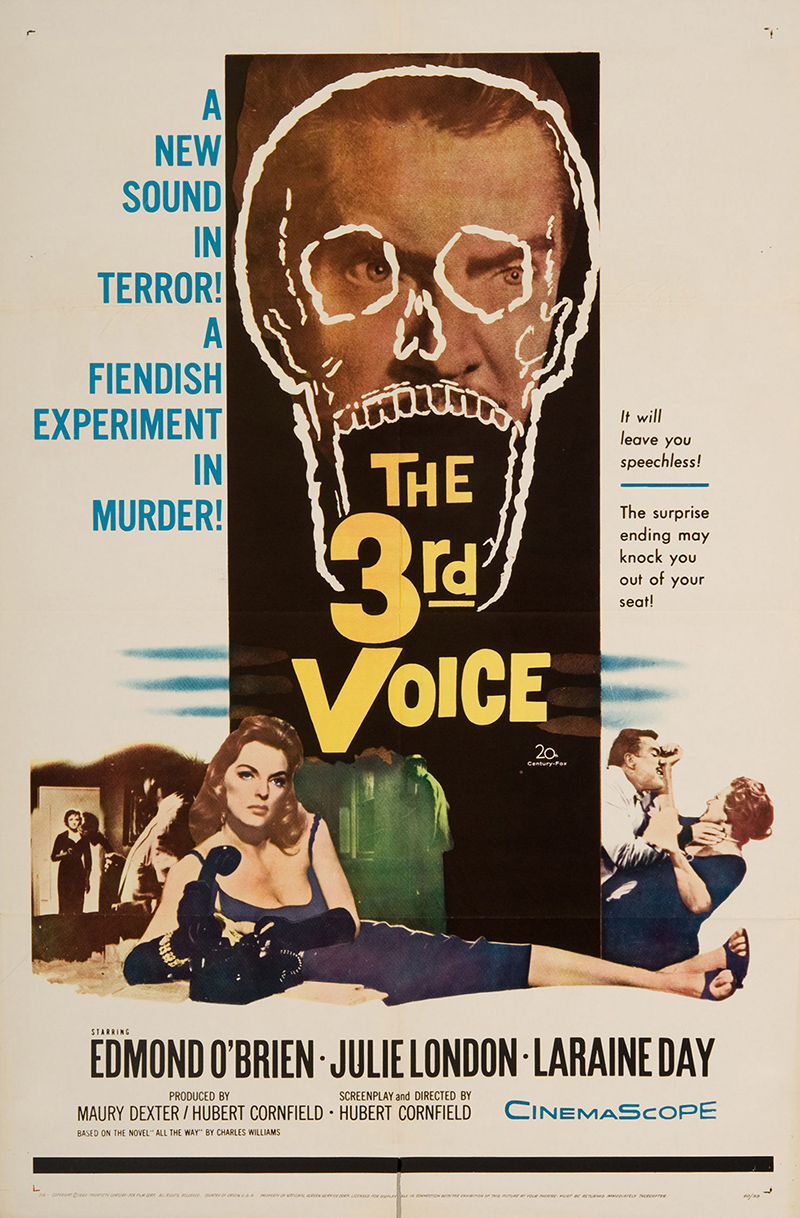