Sharpshooters Zack Thomas and Joe Jarrett are in a Texan stage-coach and manage to fight off Matson’s robber gang, so afterward they can fight over the $100,000 cash carried by a railroad official. Both make it to Galveston, where each, including vexed Matson, meets up with respective accomplices in various dirty schemes. The money keeps changing hands and the scene shifts to a river boat, which should multiply the winnings as a casino, but the crooks and bullets follow. Four For Texas, the 1964 Robert Aldrich gambling casino cowboy western comedy (“It’s a daisy!”; “They’re bustin’ up the West like it’s never been busted up before!”; “The far out story of the far west…”; “Take to the hills boys!”; “How the West was lost!”) starring Frank Sinatra, Dean Martin, Anita Ekberg, Ursula Andress, Charles Bronson, Victor Buono, The Three Stooges (Moe Howard, Larry Fine, and Joe DeRita; billed as “Guest Stars”), and Bob Steele

Also Featuring the Cast of 4 For Texas 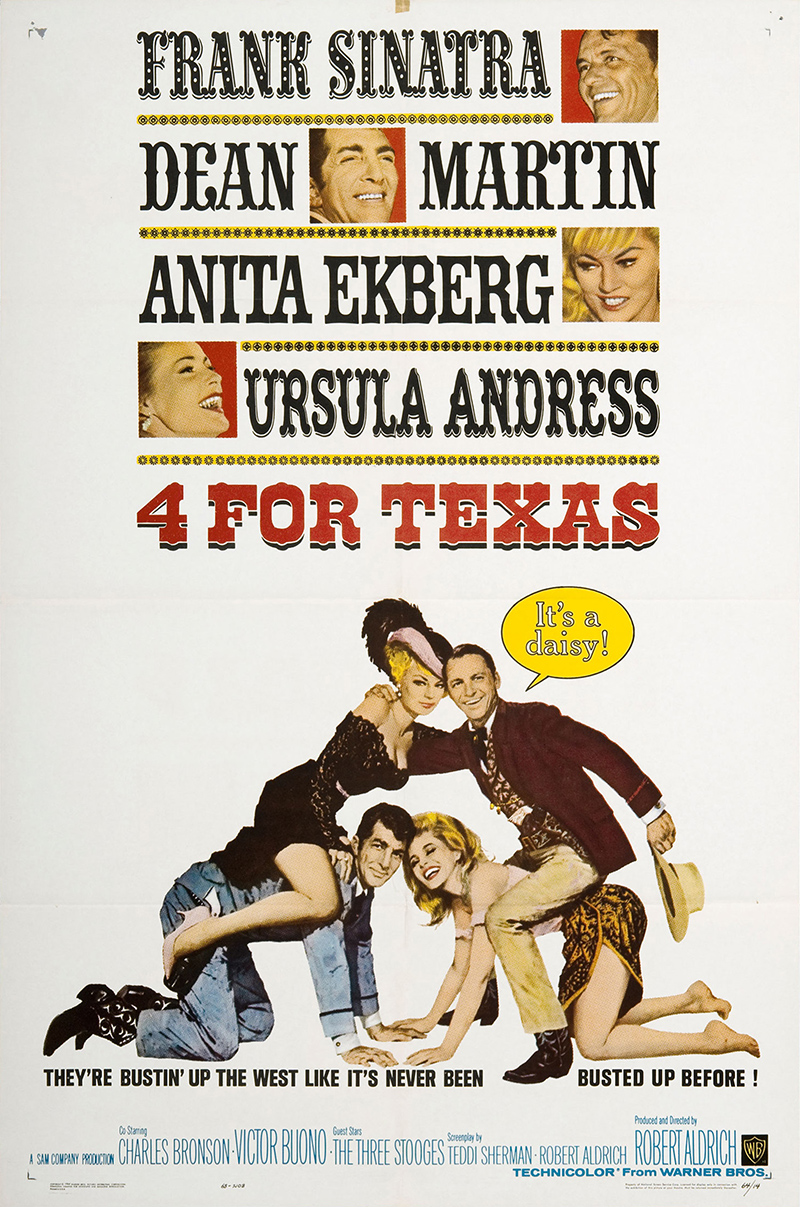