When his car breaks down during a trip from Los Angeles to Texas John Emmett meets another motorist, Ann Nicholson, who offers him a lift. He learns that she is running away from her physician, Dr. Simmons, and the police, who want to question her about a murdered Central Intelligence Agent in Los Angeles. Anne, as it also turns out, is a native of Berlin, Germany. She had come into possession of a valuable secret formula for a 4000-mile-per-hour rocket, which is written on the reverse side of a small pocket mirror she carries. She wants to deliver this to a scientist in the United States. But, the scientist is an enemy agent as is her doctor and they, and the F.B.I are after her.

Also Featuring the Cast of 5 Steps to Danger 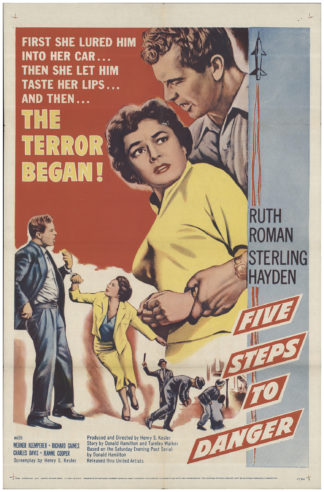