Nevada police take into custody drifter Mark Jonah, although he claims he was an innocent hitchhiker, after the crash of a stolen car in which hoodlum Jerry Taggart is killed. Mark escapes and, while sleeping in a field two days later, is awakened when an eight-year-old blind girl, Nina, stumbles over him. Nina leads Mark to three other blind children—Kim, Little Joe and Cathy. The youngster’s, sensing Mark’s gentleness, take him to their summer camp for blind children. There, he meets Tracy, a girl his own age who is also blind. He is mistaken for the camp’s new handyman by Tracy’s housekeeper, Nonna, who views him with suspicion, and also meets the other children, Richard, Velma and Pepe. The children learn to love Mark, whom they follow everywhere, as their Pied Piper figure. Led by tough Barney Glover, the police finally catch up to Jonah. But a well-known local character, Wilfred Bashford, clears Mark, who returns to Tracy and his new “family.”

Also Featuring the Cast of 80 steps to Jonah 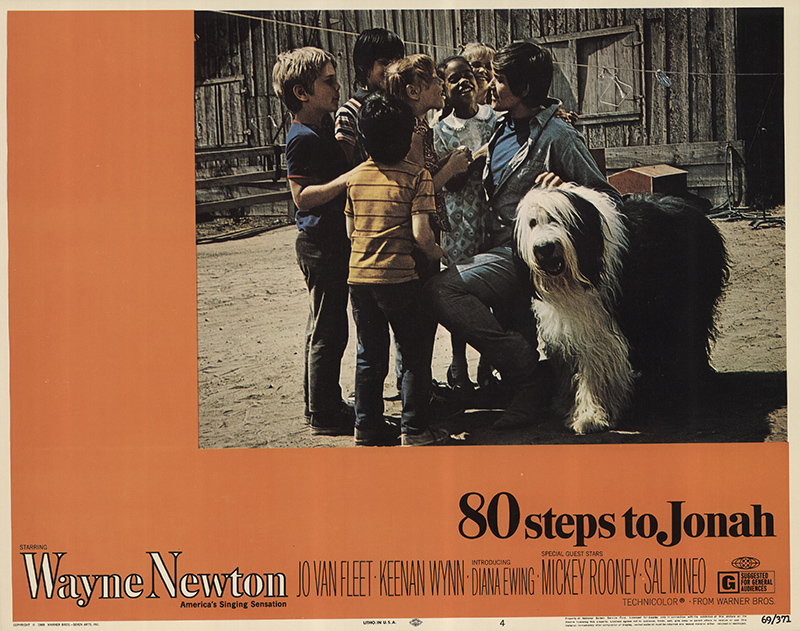