A convicted murderer kills his hangman. Then it is discovered that he actually didn’t commit the murder he was convicted for. A Covenant With Death, the 1967 Lamont Johnson crime thriller (“The bristling best seller comes to angry life. The line between lust and love and murder is sometimes as fragile as Louise Talbot’s lovely neck.”; “The Book!”; “The nation-wide bestseller about a shocking murder trial now an explosive Warner Bros. motion picture.”; “One of the very best of the decade’s best-sellers!”; based on the novel by Stephen Becker) starring George Maharis, Laura Devon, Katy Jurado, Earl Holliman, Sidney Blackmer, Gene Hackman (sixth-billed, and just before he burst to fame with “Bonnie & Clyde”), John Anderson, Wende Wagner, Emilio Fernandez, Kent Smith, Lonny Chapman, and Arthur O’Connell

Also Featuring the Cast of A Covenant With Death 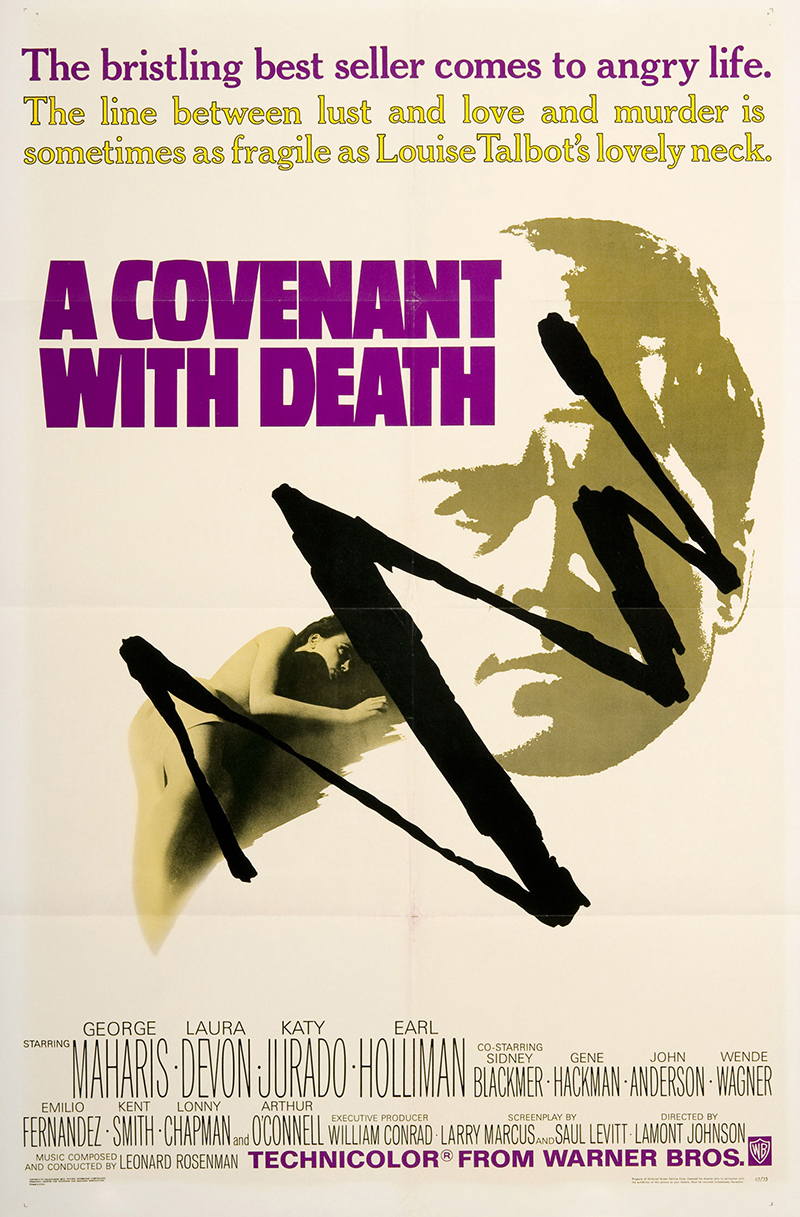