Captain Maddocks will never be promoted beyond Captain because of a mistake that he made in the past. Lt. McQuade is a green rookie who is now under the command of the tough Captain and he does not seem to be able to do anything right. Lt. McQuade also has trouble with Tracey, but it will be the renegade Indians that will test him and teach him the importance of following orders. A Thunder of Drums, the 1961 Joseph M. Newman post-Civil War military cowboy western (“a regiment of forgotten men… a woman no man could forget!”; “Written by James Warner Bellah”) starring Richard Boone (best remembered from his role as “Paladin” on TV’s “Have Gun – Will Travel”), George Hamilton, Luana Patten, Arthur O’Connell, Charles Bronson, Richard Chamberlain, Carole Wells, Duane Eddy (the famous rock ‘n’ roll musician in his first real acting role after a single cameo appearance!; billed as “And Introducing Duane Eddy, Top Recording Star”), and Slim Pickens

Also Featuring the Cast of A Thunder of Drums 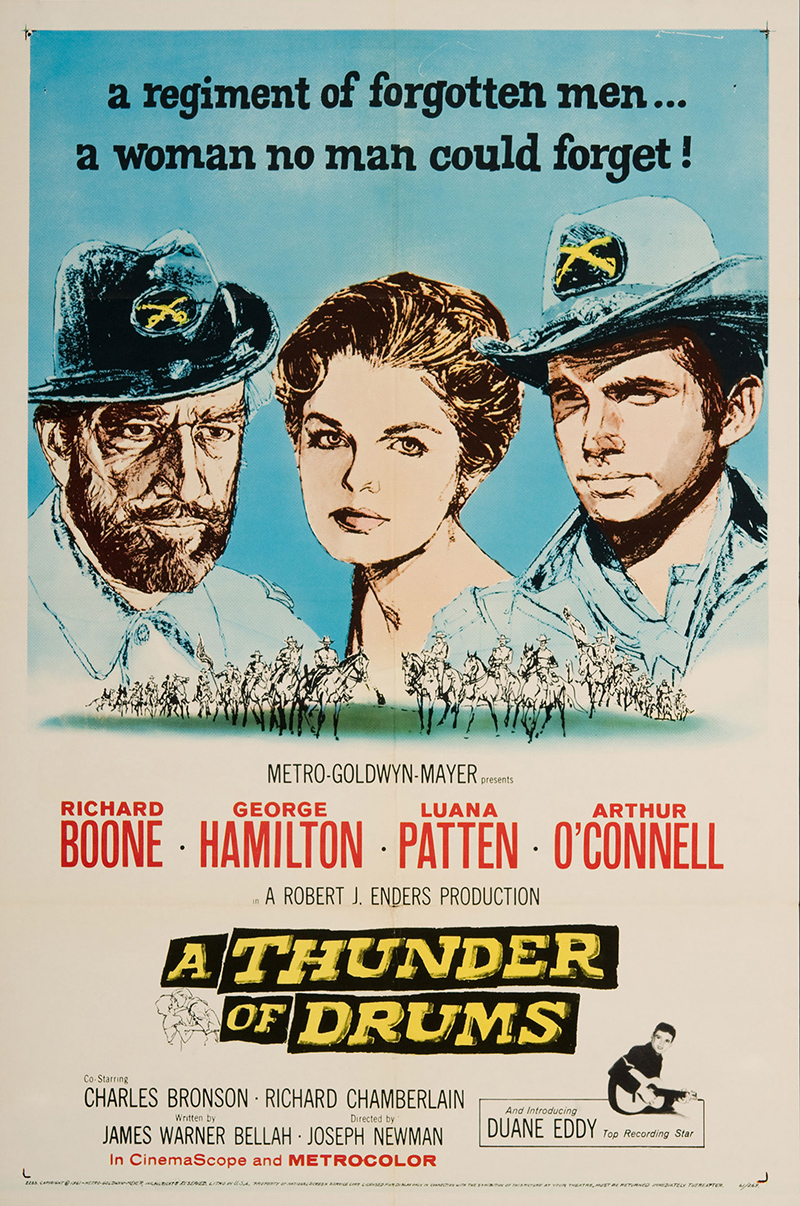