Condition Note: Condition: Very Good. Edge wear, scuffing throughout, slight staining along borders, some tears and creasing on all borders with some missing paper and some tape reinforcement on back, single-sided, stored flat

Tyrone Power is a pilots’ pilot, but he doesn’t believe in anything beyond his own abilities. He gets into trouble by flying a new fighter directly to Canada instead of to New York and letting it be towed across as the law demands, but is offered a new job ferrying bombers to war torn England. While on a layover he finds Betty Grable, an old flame, has joined the RAF as a WREN in her attempt to fight for democracy. Power joins up to impress her and in the course of his several missions begins to develope an understanding of what they are fighting for.

Also Featuring the Cast of A Yank in the R.A.F. 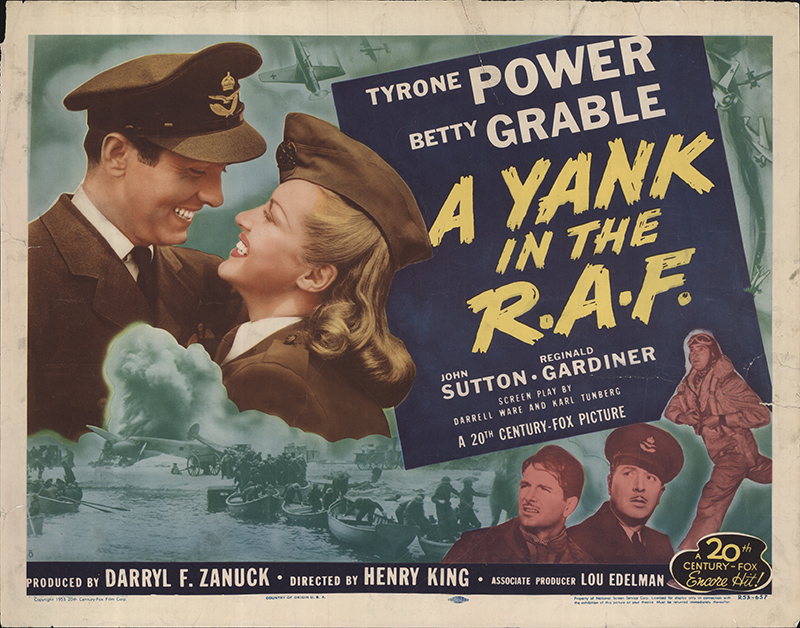