At a remote lhamasery in the Himalayas, scientist John Rollason studies rare mountain herbs with the help of his wife Helen, and associate Peter, while awaiting the arrival of an American named Tom Friend. Over Helen’s objections and warnings by the High Lhama, he sets out with Friend on an expedition to find the elusive Yeti, accompanied by another American named Shelley and a young Scotsman, McNee, who claims to have seen the thing. Footprints are found in the snows and McNee seems queerly affected the closer they get to their quarry’s likely habitat but the biggest shock to Rollason is discovering Friend is a showman who only intends to exploit their find, with Shelley his gamehunter-marksman. The conflict between science and commercialism only increases when an enormous anthropoid is shot, and the horror only increases as the party realizes the other Yeti intend to retrieve their fallen comrade and have powers to do so which seem extra-human… 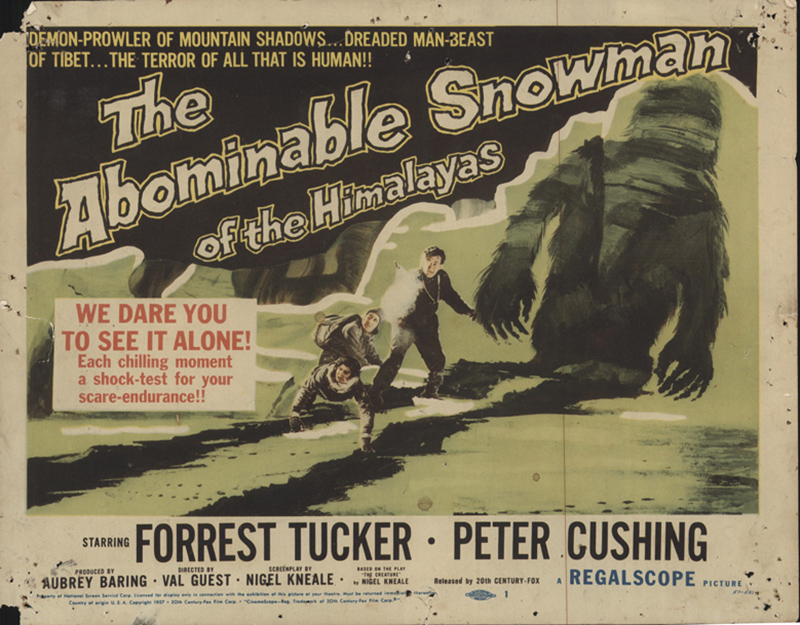