A fictional account of the real life, eleven day, never explained 1926 disappearance of famed murder mystery writer Agatha Christie is presented. On a cold winter day, her damaged car with her expensive fur coat is found abandoned at the side of a country road. While the authorities initially suspect that she could have committed suicide, her pompous husband, Col. Archibald Christie, who is less than cooperative with the authorities, is adamant that she is still alive. What he doesn’t tell them is that he recently asked her for a divorce so that he could marry his secretary, Miss Nancy Neele. Although the divorce request was not a total surprise since she knew of the extramarital affair, Mrs. Christie still did not want to grant him the request since she still loves him. Concurrently, American newspaper columnist Wally Stanton was scheduled to conduct an interview with Mrs. Christie. Since he can no longer do so with her disappearance, Stanton instead tries to find out himself what happened to her. He manages to track her to a resort spa hotel in Harrogate, she who is living openly there but under an assumed name, and he who does not disclose his own identity to her when he meets her. Stanton’s goal is not only to find out what she is up to, but to protect her good name which means not allowing the authorities to find her before he uncovers her motives. Stanton’s own motives end up being more than just wanting an exclusive story.

Also Featuring the Cast of Agatha 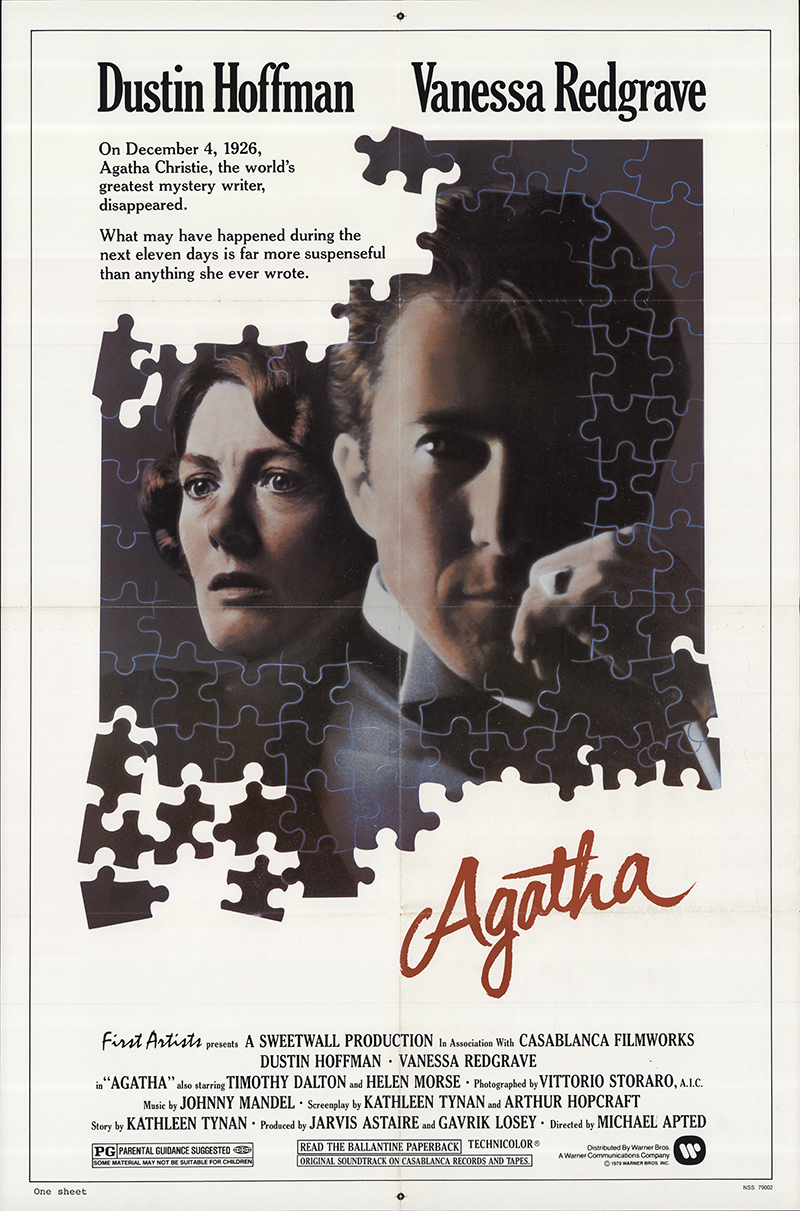