Condition Note: (VF) Writing across the top of the poster, in marker, advertising the days and times of the showings.

Pope Julius is eager to leave behind works by which he will be remembered. To this end he cajoles Michelangelo into painting the ceiling of the Sistine Chapel. When not on the battlefield uniting Italy, the Pope nags Michelangelo to speed up his painful work on the frescoes. Irving Stone’s The Agony and the Ecstasy, the 1965 Carol Reed epic biography of the great Italian painter and sculptor Michelangelo (‘The biographical novel of Michelangelo’; ‘From the age of magnificence comes a new magnificence in motion pictures’; ‘A raging era of titans, popes and princes… Of conspiracy and conflict of turmoil and transgressions …of a man among men… Of magnificence!’; ‘From the most powerful best-seller of our decade!’; ‘Based on the novel by Irving Stone’) starring Charlton Heston (‘as Michelangelo’), Rex Harrison (‘as the warrior Pope’), Diane Cilento, Harry Andrews, and Alberto Lupo

Also Featuring the Cast of The Agony and the Ecstasy 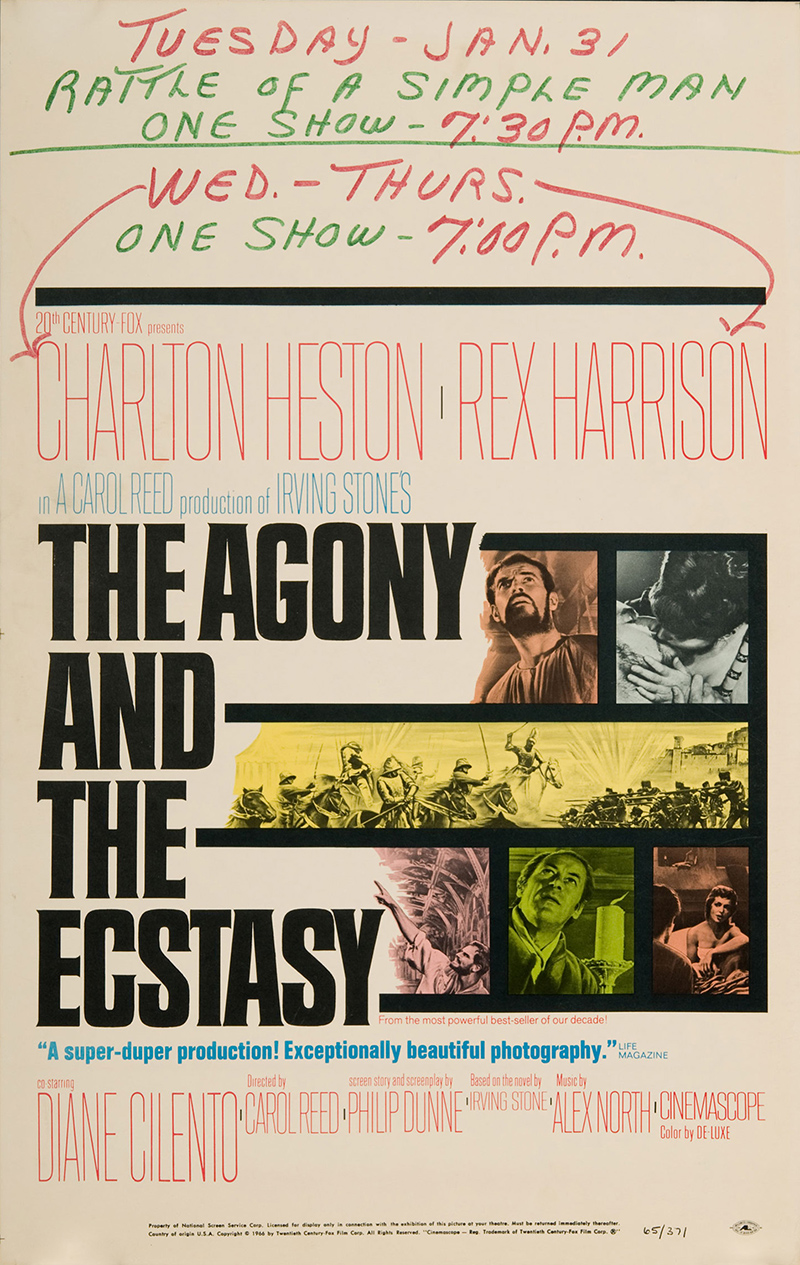 You're viewing: The Agony and the Ecstasy $30.00
Add to cart