The hero of an unlikely airplane disaster must overcome his own inadequacies, improbable accidents and his former girlfriend in order to save a space shuttle from destruction in this spoof sequel of the disaster parody Airplane! Airplane II: The Sequel (released outside the U.S. both under the original title and as “Flying High 2: The Sequel”, because the original “Airplane” had been released in some areas as “Flying High”), the 1982 Ken Finkleman airplane aviation science fiction (sci-fi) screwball comedy sequel (“In space, no one can hear you laughing.”; “For the ride of your life… All you need for Christmas are your two front seats!”) starring Robert Hays, Julie Hagerty, Lloyd Bridges, Chad Everett, Peter Graves, and William Shatner. 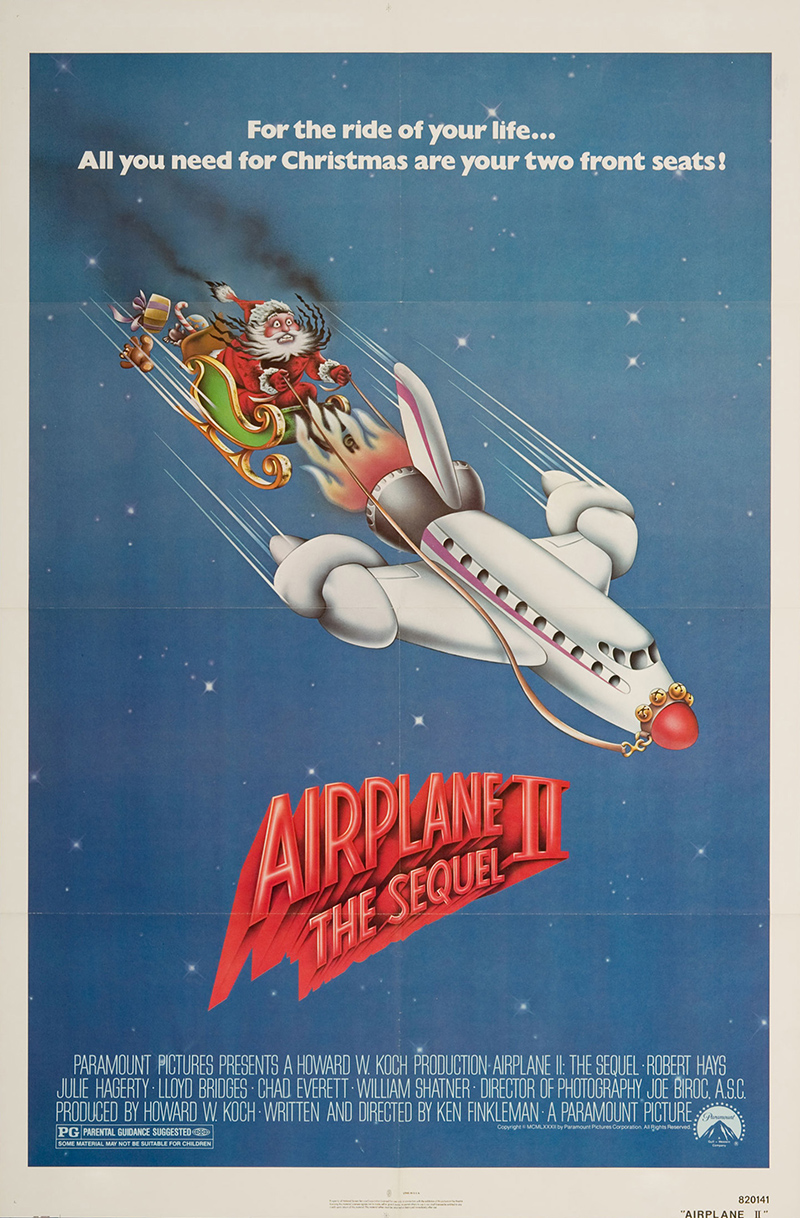