he travels to Aladdin’s village, identified as being near the border with China, where he enlists Aladdin’s help by pretending to be his long-lost uncle and offering to leave his wealth to Aladdin. At one point, the Magician character tells the story of his travels to China, India and Persia and we see a montage of these adventures and it’s kind of interesting because of the way it invokes other cultures of the era. There is some unnecessary padding throughout as characters break into songs that do nothing but tell parts of Once upon a time, somewhere in Africa, a local magician dreamed of owning the Magic Lamp. Thanks to a Magic Ball he learned that the Lamp could be found in an Asian village and that only the innocent hand of a young person could snatch it. He traveled to the place, a village called “Three Hill City”, close to the Chinese border. There lived Aladin, a boy who could help him to grab the Lamp. Which he did. But what was not planned is that Aladin kept the Lamp for himself. Thanks to it, the wily fox acquired all the riches possible and decided to propose to Badroulboudour, the Sultan’s daughter he had been secretly in love with. But the Magician, furious with Aladin, vowed to take revenge.

Also Featuring the Cast of Aladdin and His Magic Lamp 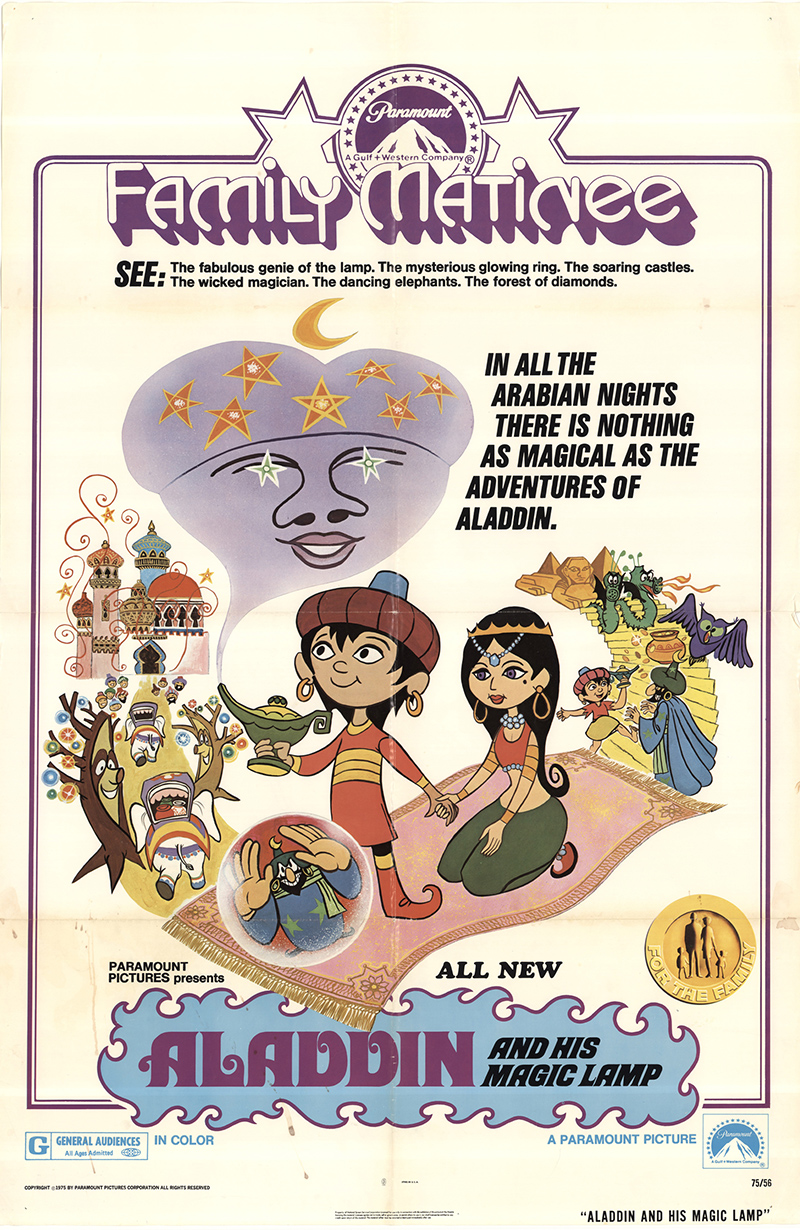 You're viewing: Aladdin and His Magic Lamp $15.00
Add to cart