Colonel Ryder, the publisher of a magazine, dies while on vacation. Tony, his swinging nephew, inherits the magazine and takes over. Presently, the magazine is planning to expand and to do so they need some capital. Tony’s trying to arrange a loan through his friend. He is then informed by the hotel detective of the hotel that his uncle died in, that on the night of his death, a woman, wearing only a towel, came out of his room, and ran away before the detective could catch up with her. They suspect that the Colonel was “with” her on the night he died, cause he was smiling when he died. Tony and two of his uncle’s confidants are worried that not only if the bank hears of this they will not get the loan but the magazine wholesome image could be tarnished. So they ask the detective to stay around so he could identify her. What they don’t know is that the woman is Katie Robbins, one of the magazine’s researchers and that she entered the room by “accident”… All in a Night’s Work, the 1961 Joseph Anthony romantic sex comedy (“It’s nice work – and you can get it!”; “Based on a story by Margit Veszi and a play by Owen Elford”; daring for its time, but pretty tame by today’s standards!) starring Dean Martin (“…makes business a pleasure!”), Shirley MacLaine (“…the well-chased working girl!”), Cliff Robertson, Charlie Ruggles, Norma Crane, Jerome Cowan, Gale Gordon, Jack Weston, and Rex Evans

Also Featuring the Cast of All in a Night’s Work 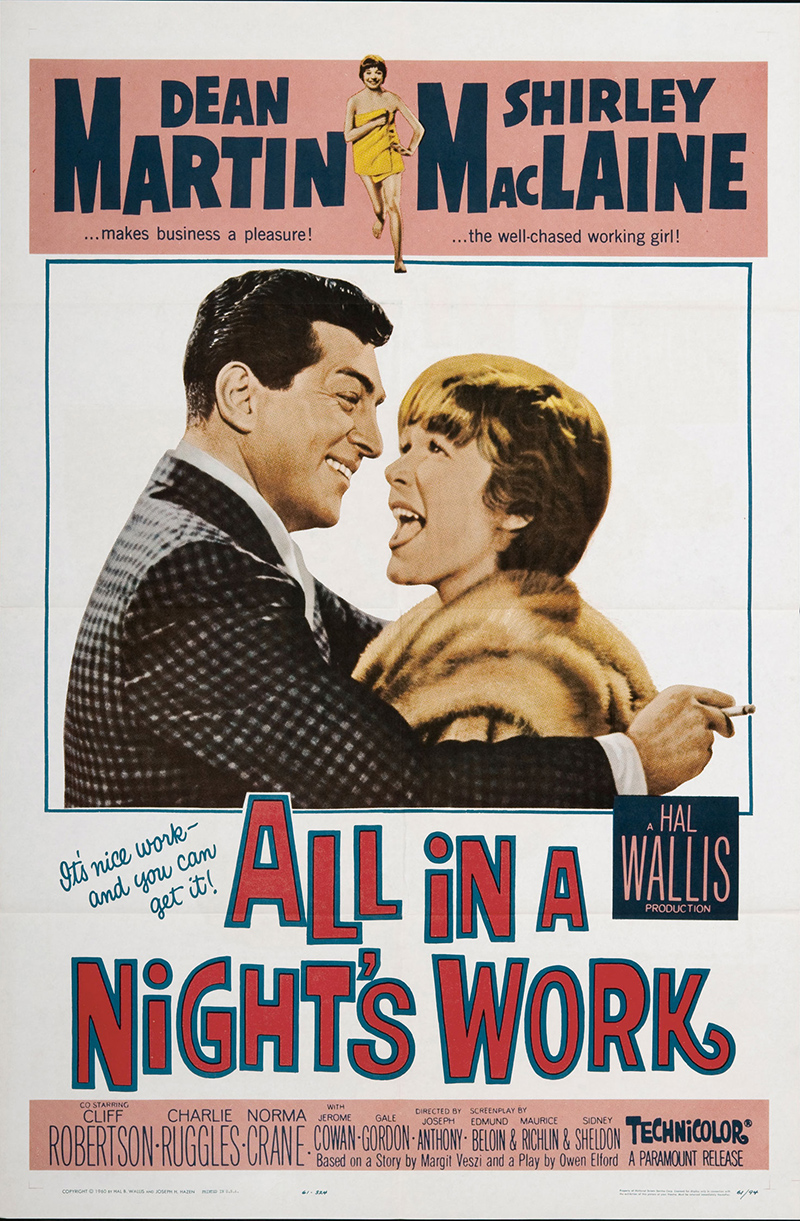