With General MacArthur poised to strike against the Japanese defenses in the Philippines, a group of nine Marines are given a secret mission.They have to secretly land on a Philippine island in order to contact a spy who has information vital to General MacArthur’s planned invasion.When their captain is killed, sergeant Corey takes charge of the group.The patrol fights its way through the Japanese-infested jungle, and only five Marines remain when they finally reach their destination.The group’s radio has been destroyed, and they are unable to communicate with their base.It means that even if they find their spy and retrieve the vital intelligence they will be unable to relay this information to General MacArthur’s headquarters.The Japanese, already alerted to commando’s presence in the area are closing in.The Marines are running out of time. 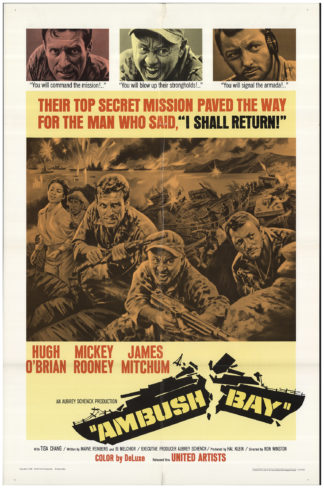