“American Pop” is the animated story of a very talented and troubled family starting with 19th century Russia and moving through several generations of musicians. The film covers American popular music from the pre-jazz age through rhythm and blues, 1950s rock ‘n’ roll, drug-laden psychedelia, and punk rock, finally ending with the onset of New Wave in the early 1980s. 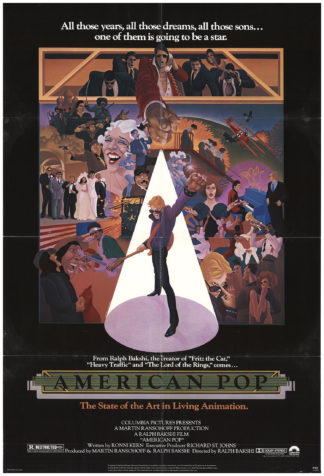