Phileas Fogg accepts a challenge from his fellow members at the Reform Club and sets of prove that you can travel around the world in a mind-boggling 80 days. He sets off by train to Paris with his new valet Passepartout but then is forced to continue the trip by balloon arriving next in Spain where Passepartout has an interesting encounter in the bullfighting ring. They finally make their way across the Mediterranean and through the Suez canal, arriving in Bombay two days ahead of schedule. They board the train for Calcutta where they find there is a 50 mile gap midway. The break in their journey proved eventful as they rescue an Indian princess, Aouda, who is about to be forced to commit suttee – throwing herself on her dead husband’s funeral pyre. They make to Calcutta and on to Siam and the Honk Kong. Throughout the voyage, they are followed by a detective, Mr. Fix, who is convinced that Fogg is the thief responsible for the recent £55,000 theft at the bank of England. In Honk Kong, Passepartout is Shanghaied leaving Fogg and Aouda to find their own way to Yokohama where they are to catch a ship to San Francisco. The group is reunited, travels across the American West – Passepartout has an exciting encounter with the Sioux – and make it back to London. They’re one day late however for Fogg to win the bet – or so he thinks.

Also Featuring the Cast of Around The World In Eighty Days 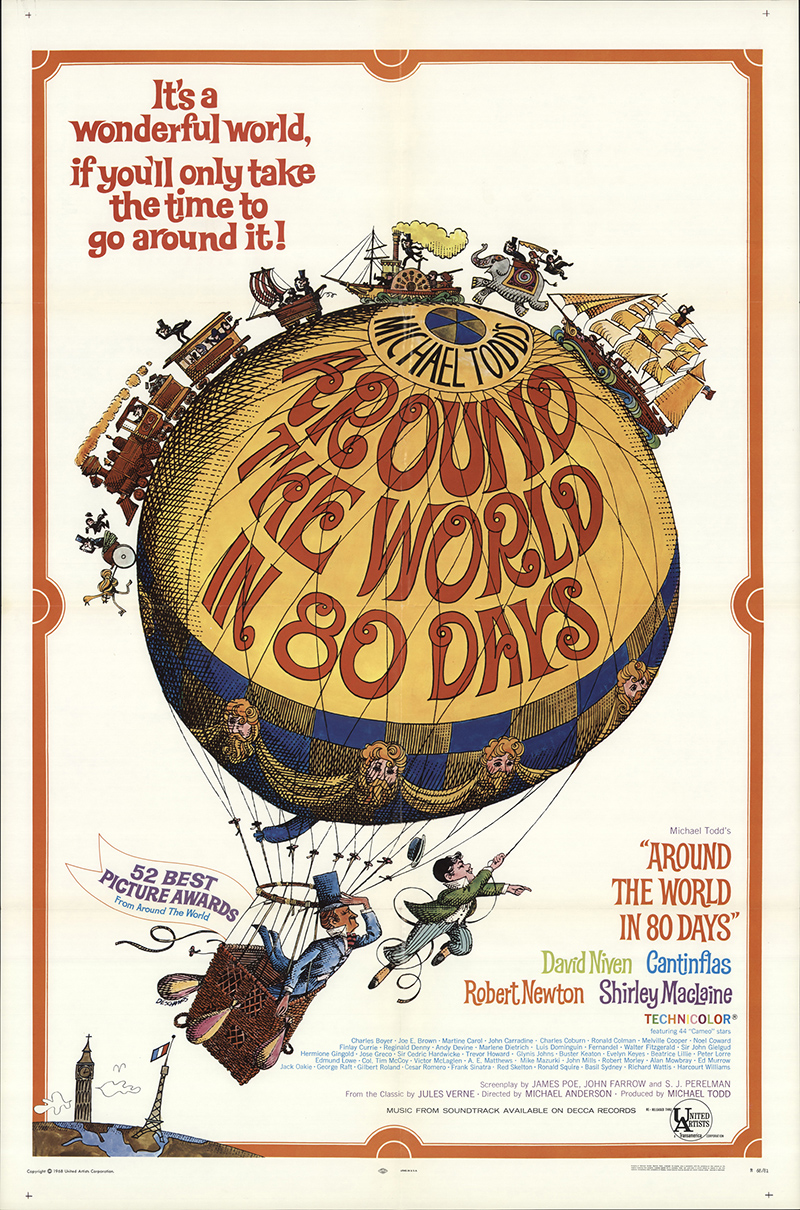 You're viewing: Around The World In Eighty Days $80.00
Add to cart