An American archaeologist is in Egypt with his pregnant wife, searching for the tomb of a long-lost Egyptian queen. At the same moment he discovers the tomb and opens it’s accursed seal, his wife gives birth to his daughter. Years later it transpires that the malevolent spirit of the Egyptian queen left the tomb just as he was entering, and possessed his baby girl. As the truth becomes clear, the archaeologist realizes that he must destroy his daughter in a ceremonial ritual, before she uses her awesome powers to threaten the safety of mankind. The Awakening, the 1980 Mike Newell English Egypt mummy’s curse horror thriller (“They thought they had buried her forever!”; “THE EVIL ONE MUST NOT LIVE AGAIN”; “Based on the novel by Bram Stoker”) starring Charlton Heston, Susannah York, Jill Townsend, Stephanie Zimbalist, and Patrick Drury

Also Featuring the Cast of The Awakening 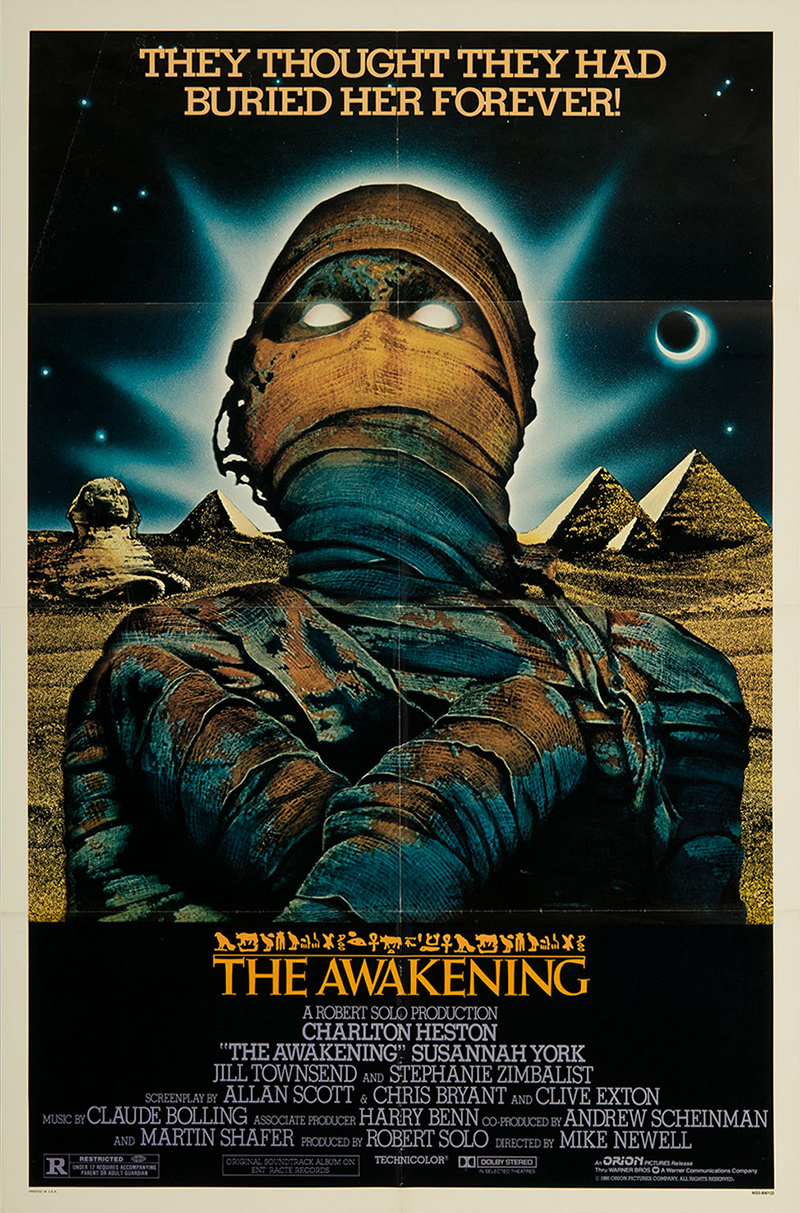