J.C. Wiatt is a successful New York business woman known around town as the “tiger lady.” She gets news of an inheritance from a relative from another country and off the bat she suspects it’s money. Well it’s not money, it’s a baby girl. At first she doesn’t accept until the lady that gives the baby to her has to catch her flight. J.C. is now stuck with an annoying baby girl. Her boyfriend doesn’t like the idea of a baby living with them and he leaves her. J.C. has enough of it and takes her to meet a family ready to adopt her. She leaves but hears the baby cry while walking away and has to go back. The baby is too attached to her now and won’t let her go. Later, her baby gets into mischief which causes her to get fired. Now, she sets her eyes on an old two story cottage in Vermont to get out of the New York life. When she arrives, the house needs more help than originally thought. Baby Boom, the 1987 Charles Shyer romantic business-woman-inherits-baby-and-doesn’t-know-what-to-do-with-her comedy starring Diane Keaton, Harold Ramis, Sam Wanamaker, Sam Shepard (“as Jeff Cooper”), and Kristina Kennedy 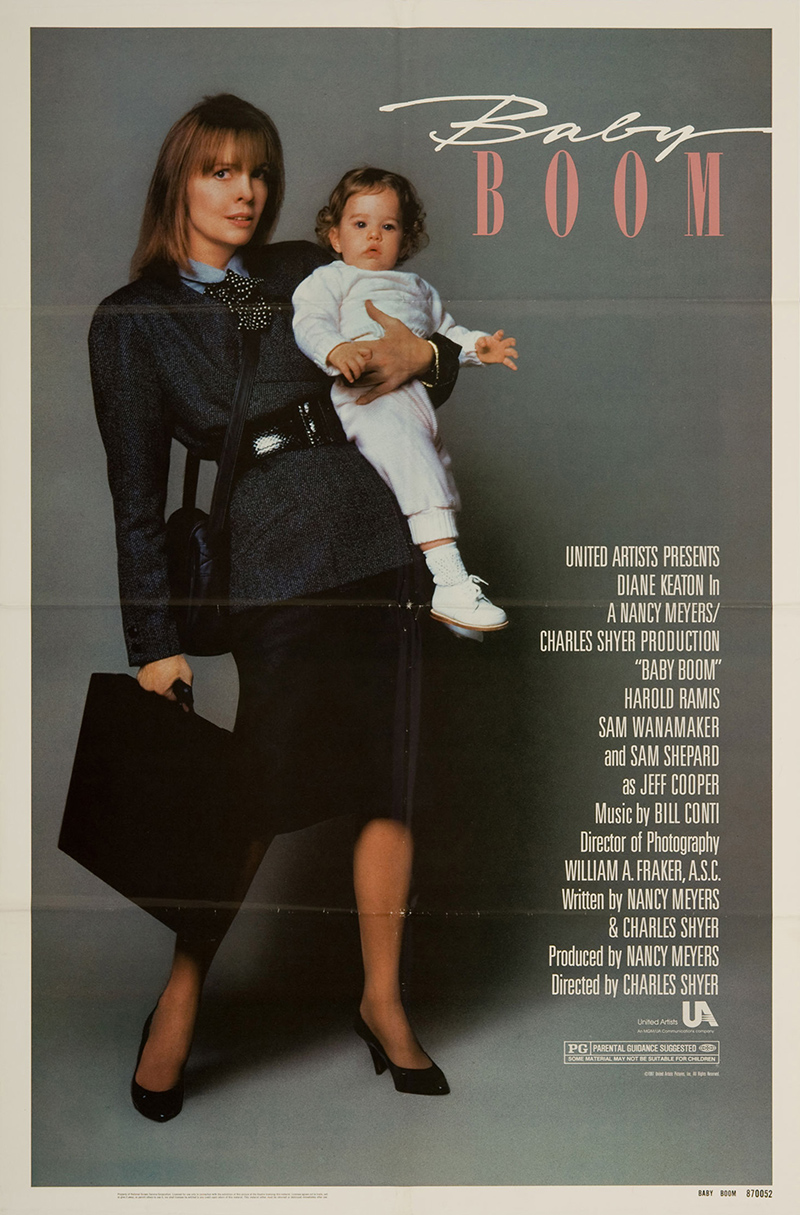