Anthropology Professor Bruce Patterson (Terry Thomas) has the natural British charm that allures women automaticaly. When his fianc_e Helen Bushmill (Celeste Holm) is abroad for an extended time, he has to fight the neighborhood ladies and his students away. Helen has failed to tell him that she has a seventeen year old daughter Libby (Tuesday Weld) who shows up at her mothers home unaware that she in engaged. Bachelor Flat, the 1962 Frank Tashlin romantic sex comedy (“It’s the merriest mixings since girls discovered boys… And bachelors discovered apartments!… [co-operative, of course!]”; “Bachelor Flat is a wall to wall WOW”; “Just how many luscious babes is a bachelor entitled to accumulate???”; “It’s where all the fun takes place!”; “Screenplay by Frank Tashlin and Budd Grossman”) starring Tuesday Weld, Richard Beymer, Terry-Thomas (born Terry Thomas Hoar Stevens, he was a very minor actor from 1935 to 1941, and then quit the business for seven years, and in his forties he became quite popular in English comedies, and he adopted the stage name of “Terry-Thomas”, and he had a gap between his front teeth which was his trademark), Celeste Holm, and Francesca Bellini 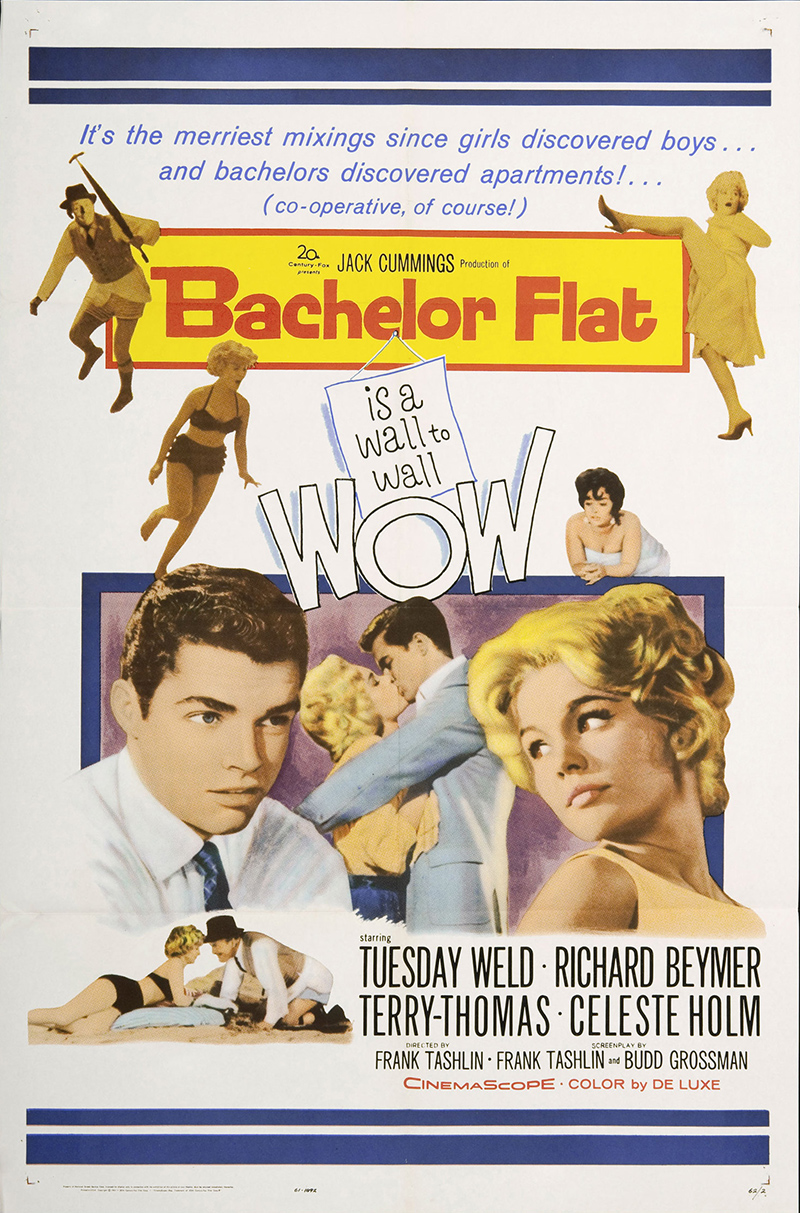