Trampas, a cowhand from Medicine Bow, Wyoming, is sent to Mexico to buy a bull for his employer. The ranch foreman warns him to watch out for himself in Laredo, a tough town on the Texas/Mexican border. Despite the warning, in a western version of the Dumas classic, “The Three Musketeers”, Trampas manages to get himself engaged to fight three separate Texas Rangers within an hour of his arrival. Unlike D’Artagnan, he has no notion of actually fighting the Rangers: all he wants is out of Laredo. He’s on his way out of town when he runs into the three Rangers–who turn out to be partners–on their way to track down a missing train carrying a payroll. The Rangers, learning Trampas is headed in the same direction they are, suggest they all ride together–that way, they can fight him after they have fulfilled their mission. Without much choice, Trampas wryly agrees. When they find the train, however, they quickly forget their quarrels–the train was robbed and everyone aboard killed, except for one infant covered by his mother’s body. Concerned the baby won’t survive long without care, they proceed across the Rio Grande to the nearest town, where they know of a cantina owner with innumerable children. They get the baby to Mama Dolores, but not without run-ins with Mexican Urales and marauding Yaquis. Somewhere along the way, the Rangers begin to suspect it was the Yaquis who robbed the train–but Yaquis don’t rob trains and they have no use for money…and where did they get those fancy new rifles?

Also Featuring the Cast of Backtrack 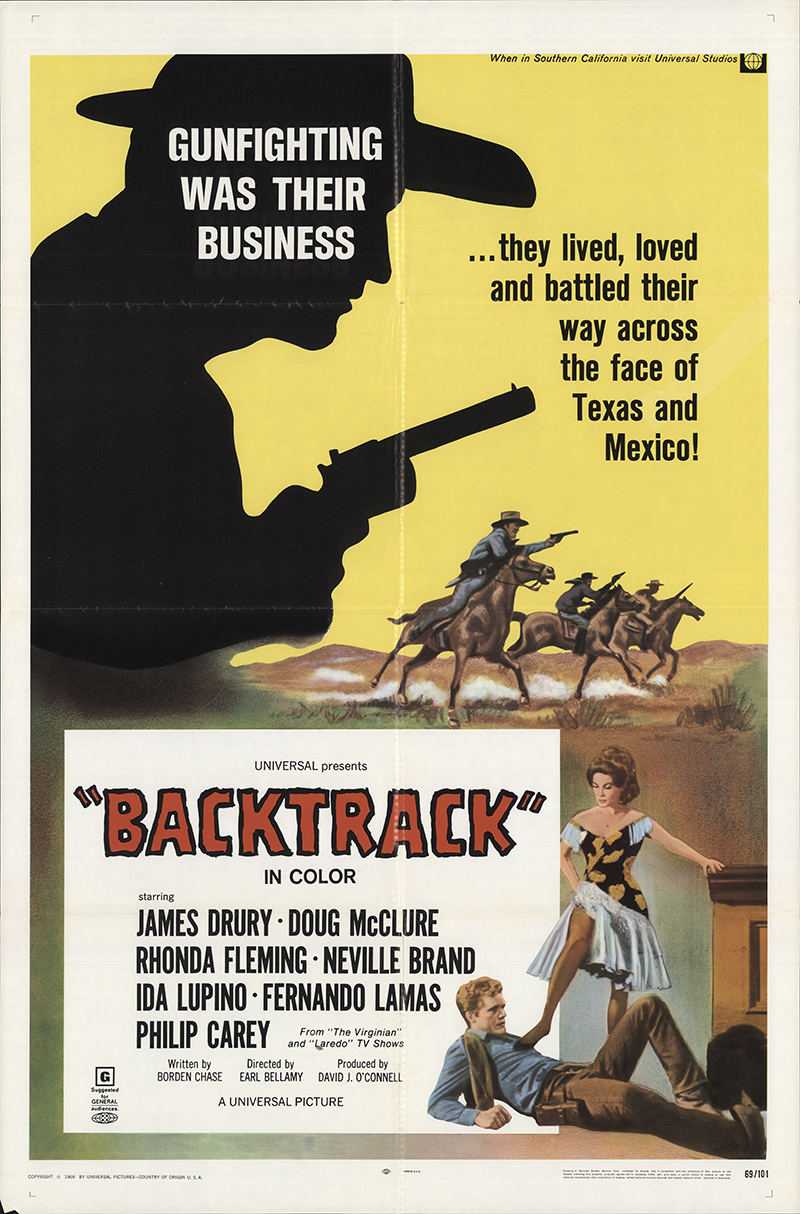