Condition Note: Condition: Poor to Fair. (Card 6). Edge wear, scuffing throughout, pinholes throughout, creasing along left and right borders and all corners, tears in right corners sections, some tape reinforcement on back, single-sided. Stored flat

After some gun play with a posse, the James Gang head for Quinto in a section of land which is not a part of America. Anyone there is beyond the law so the town is populated with outlaws. Next to arrive is Sheriff Rowley, following his brother whom the Gang have brought in injured. Rowley has no authority and gets on well enough with the James boys but is soon involved in other local goings-on, including a move to vote for annexation with Oklahoma which would allow the law well and truly in. 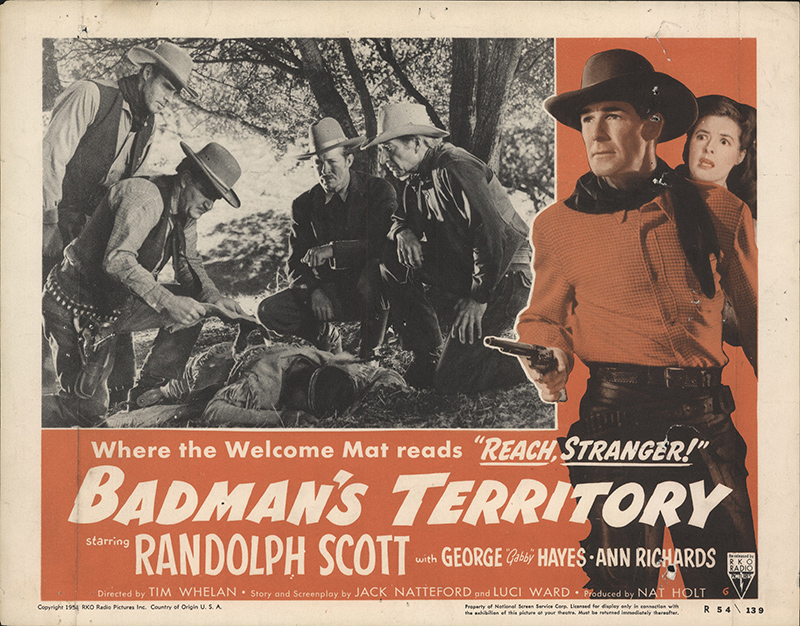