Jake Remy leads a gang of outlaw cutthroats making their escape toward Mexico from a successful robbery. Barring their way is a river–crossable only by means of a ferry barge. The barge operator, Travis, refuses to be bullied into providing transport for the gang and escapes across river with most of the local populace–leaving Remy and his gang behind, desperately seeking a way across. A river-wide stand-off begins between the gang and the townspeople, both groups of which have left people on the wrong side of the river. Barquero, the 1970 Gordon Douglas cowboy western (“How much is enough, Barquero?”; “‘Barquero’ He had his own life-style. And his own death-style.”) starring Lee Van Cleef, Warren Oates, Kerwin Mathews (best remembered from his starring role in Ray Harryhausen’s “The Seventh Voyage of Sinbad”), Mariette Hartley, Marie Gomez, Armando Silvestre, John Davis Chandler, and Forrest Tucker (“as Mountain Phil”)

Also Featuring the Cast of Barquero 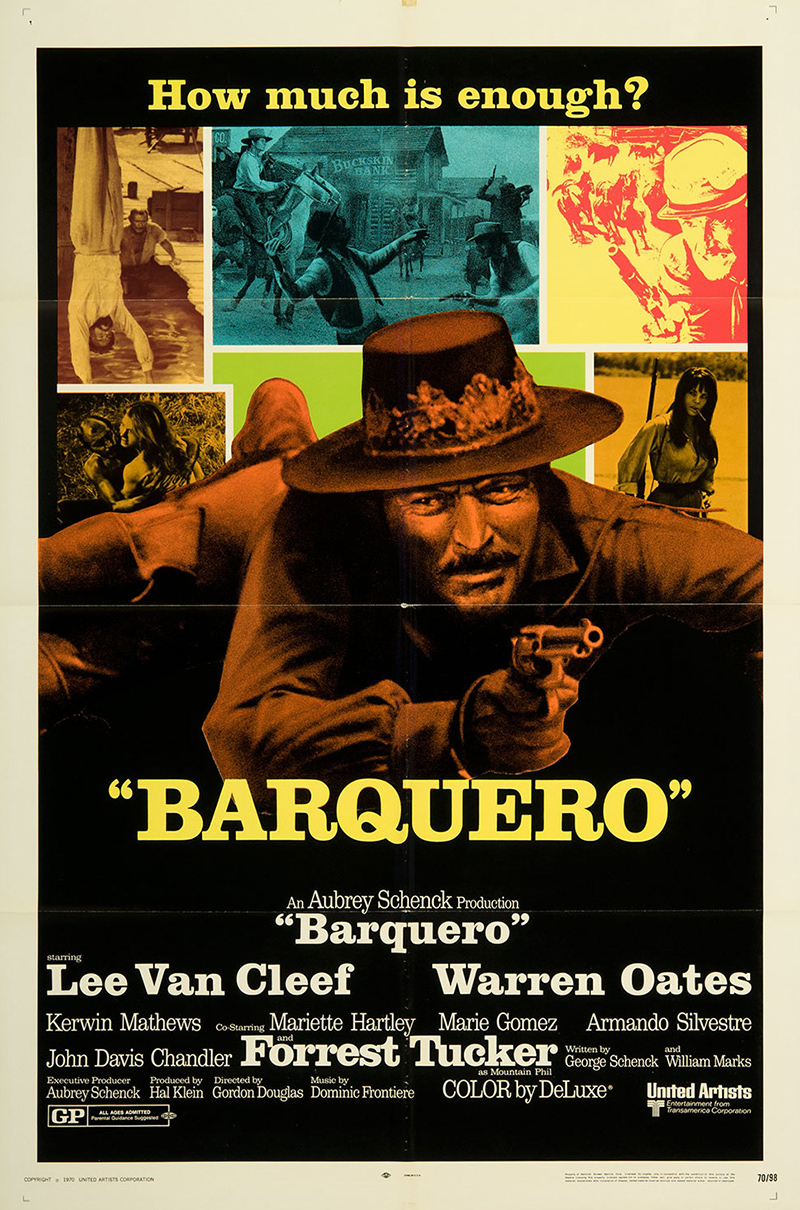