Rome, 1905. Lina, a music hall singer, has fallen in love with Sergei, a Russian prince. Maestro Doria, who gives her voice lessons and who hopes to make her his mistress, takes her to Paris where she becomes the star of the “Folies-Plastiques”. Sergei finds Lina back in the French capital and, as a play and game, makes her his mistress. When she understands the truth Lina runs away with tenor Silvani. Mad with jealousy, Doria kills Silvani and the young singer who thinks Sergei is responsible for Silvani’s death, decides to devote her life to her career. Going from success to success, Lina arrives one day in Saint Petersburg where she is to sing before the Tsar. There she meets Sergei again…

Also Featuring the Cast of Beautiful But Dangerous 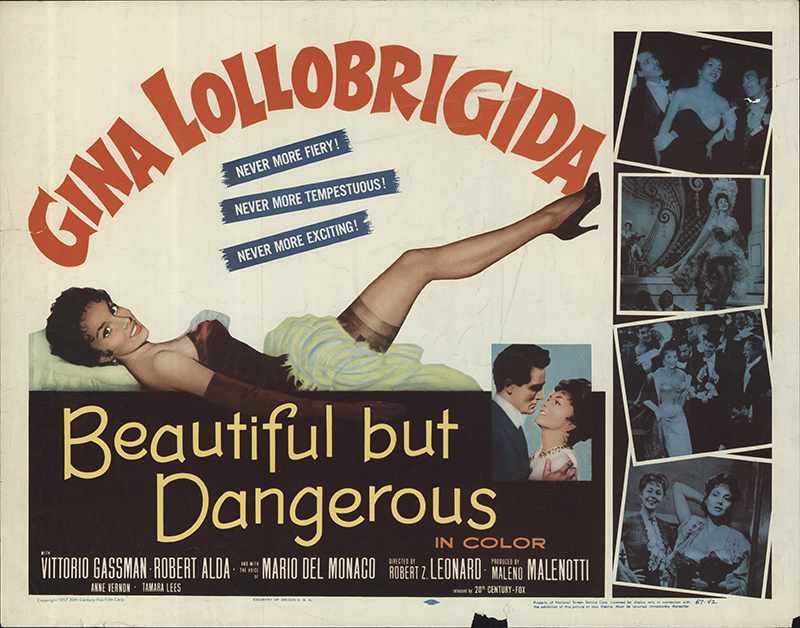 You're viewing: Beautiful But Dangerous $55.00
Add to cart