View cart “Bedtime Story” has been added to your cart.

Benson, is a Casanova who despises women and invents all sorts of tricks to bed them and leave them. His favorite one is going through Germany posing as an American GI of Teunonic extraction. Whenever he spots a girl he likes, he takes a Polarod picture of her house, knocks on the door waving the photo and pretending to be on a pilgrimage to this very cottage his grandmother so vividly described. It is an infallible system for a hit-and-run seduction. Benson seems content with his game until he meets Jamison, a real operator who has learned to combine sex with money. Jamison poses as an exiled prince and not only gets women to share his bed but also to bestow their jewels on him for the sake of the counterrevolution. Benson decides to corner Jamison’s market on sex plus finance. A contest develops, and whoever wins will dominate a small Riviera resort as “King of the Mountain,” the film’s original title. Remade in 1988 as “Dirty Rotten Scoundrels.” Bedtime Story, the 1964 Ralph Levy military romantic crime swindling comedy (“The funniest story ever put between covers!”; “The Sin-tillating Capers of Two Cunning Con Men who Fleeced the Sexiest Chicks on the Riviera…”; “Until each decided to become king of the mountain!”; “Written by Stanley Shapiro and Paul Henning”; the movie was remade as “Dirty Rotten Scoundrels” with Steve Martin and Michael Caine) starring Marlon Brando, David Niven, Shirley Jones, Aram Stephan, and Parley Baer 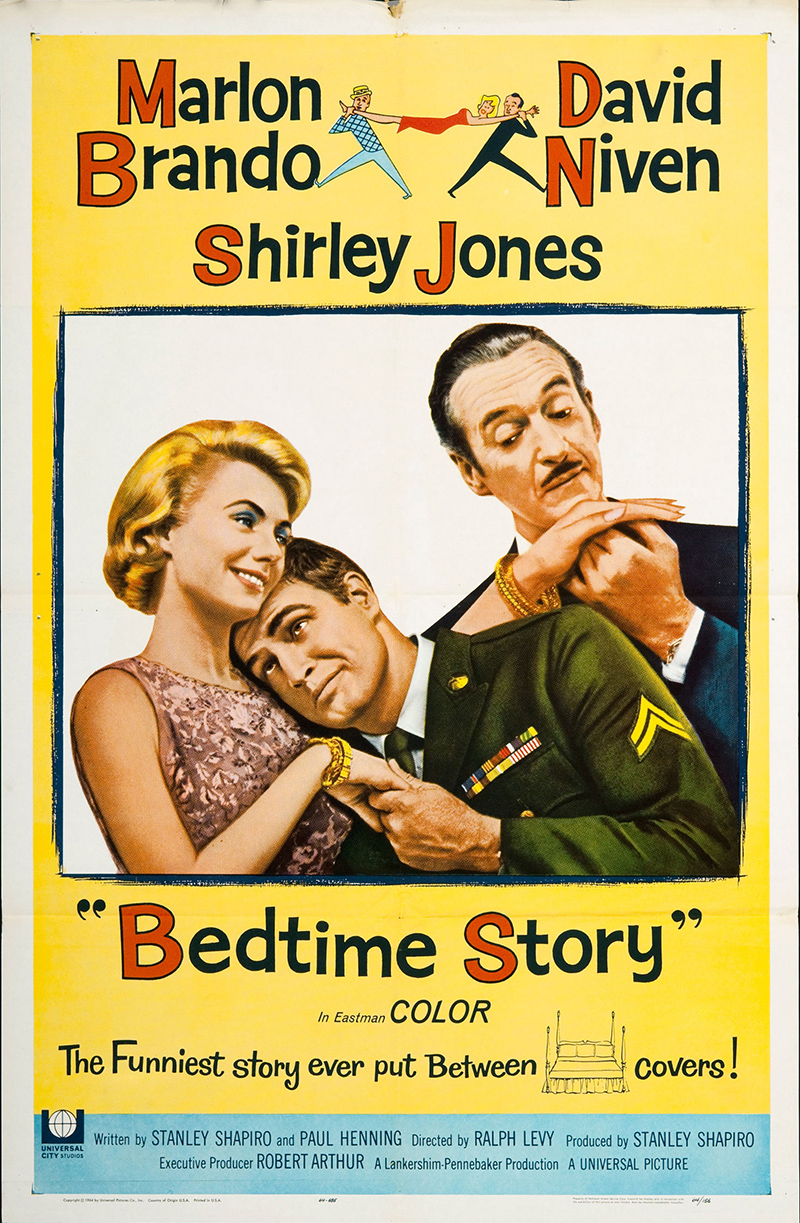