A simple-minded gardener named Chance has spent all his life in the Washington D.C. house of an old man. When the man dies, Chance is put out on the street with no knowledge of the world except what he has learned from television. After a run in with a limousine, he ends up a guest of a woman (Eve) and her husband Ben, an influential but sickly businessman. Now called Chauncey Gardner, Chance becomes friend and confidante to Ben, and an unlikely political insider.

Also Featuring the Cast of Being There 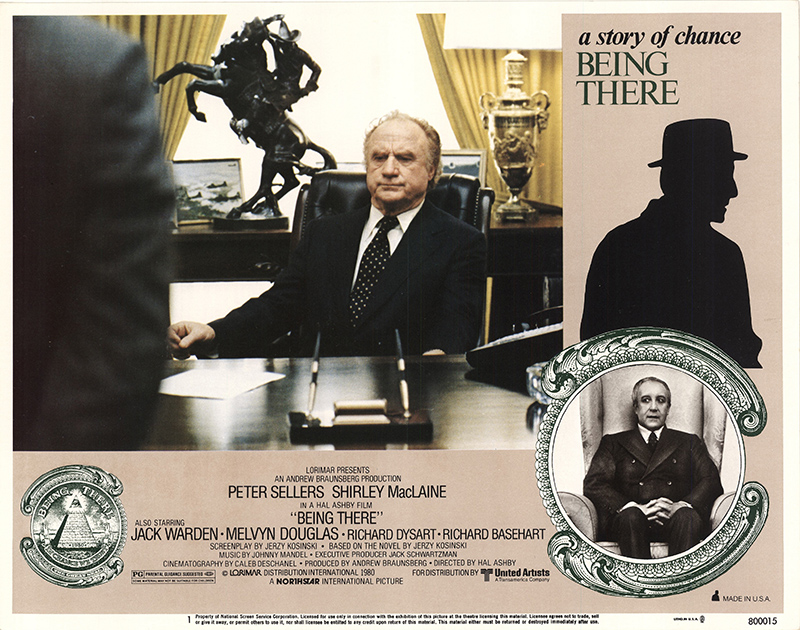