Dr. Eduardo Plarr, despite the name is an Anglo working in a Latin American country. His work is a return home after several years. He begins to form and re-establish friendships and begins an affair. All of this comes together to create problems when he is asked to help revolutionaries kidnap a diplomat. The Honorary Consul (released in the U.S. as “Beyond the Limit”), the 1983 John Mackenzie English romantic political action thriller (“The first time he saw her, she was a prostitute. The second time, she was his best friend’s wife. The third time, she was his.”; “First they betrayed him. Then they gambled with his life.”; “Based on the novel ‘The Honorary Consul’ by Graham Greene”) starring Michael Caine, Richard Gere, Bob Hoskins, Elpidia Carrillo, and Joaquim de Almeida

Also Featuring the Cast of Beyond the Limit 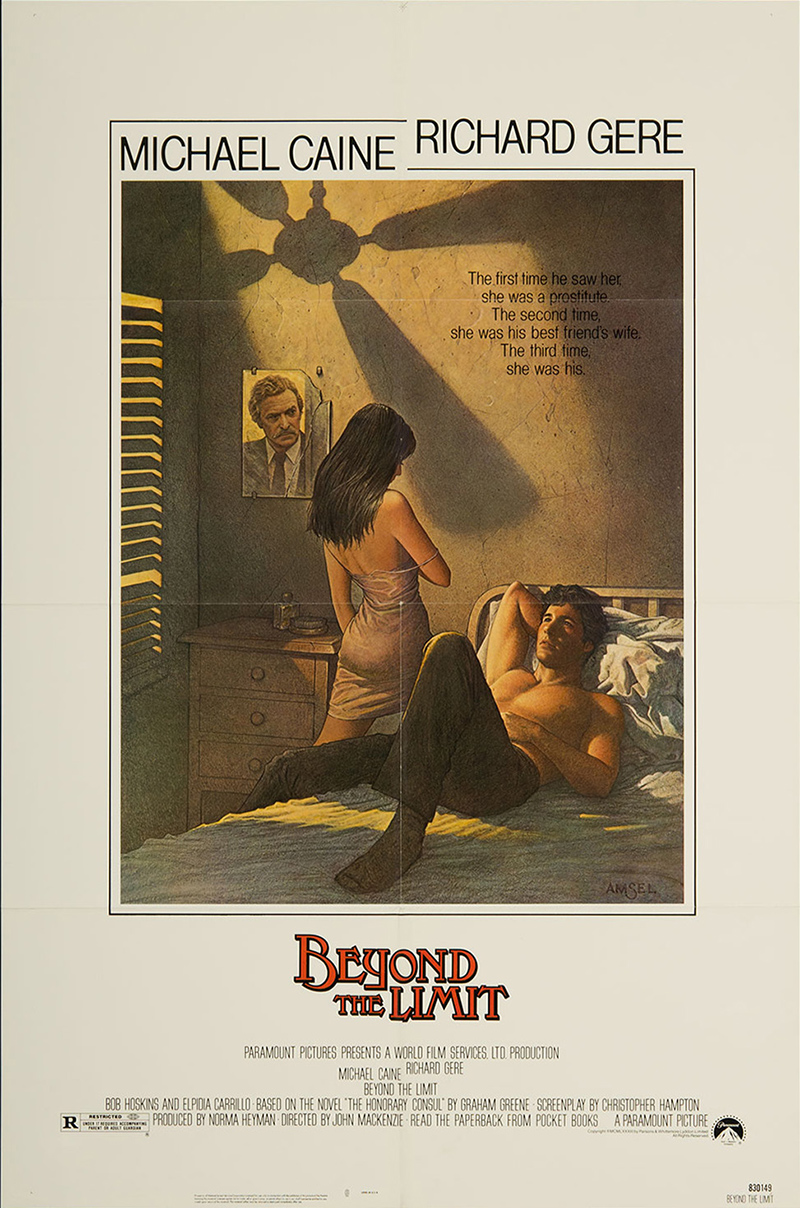