The story of a hardened army Sergeant and four of his men from their first fight at the Kasserine Pass after the invasion of North Africa through to the invasion of Sicily, D-Day, the Ardennes forest and the liberation of a concentration camp at the end of the war. As the five of them fight – and survive to fight yet again in the next battle – new recruits joining the squad are swatted down by the enemy on a regular basis. The four privates are naturally reluctant to get to know any of the new recruits joining the squad, who become just a series of nameless faces.

Also Featuring the Cast of The Big Red One 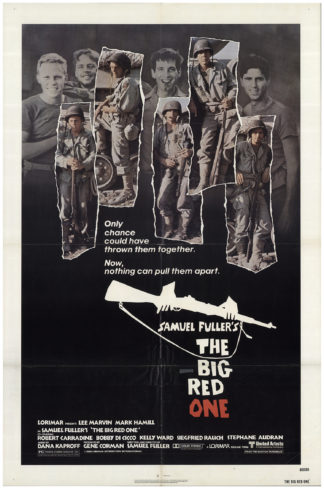