Melvin Byrd, who dreams of being a scientist, is a Cape Kennedy “miniscule molecular particle surveillance monitor” – in short, a janitor. His job is to keep a major rocket project completely dust-free, and this he does with his own hilariously fantastic inventions – including a literal attack on dirt by a “knight on a white horse”. In his work, he meets Judy, a chimp involved in a top-secret project, which leads Melvin into the one room strictly off-limits to him. Not until he has entered the project room does Melvin learn that any man entering it will be negatively ionized – making him fly like a bird. Birds Do It, the 1966 Andrew Marton science fiction space mission fantasy comedy (“Soupy Sales is flying high… and the race for space, is up in the air!”; “Soupy Sales… You’re for the birds!”; “Is it a bird? Is it a plane? No… It’s Soupy-man!”; “Why does he fly? He’s up in the air… He’s all at sea… He’s downright funtastic!”; “Soupy Sales swings it and wings it!”) starring Soupy Sales, Tab Hunter, Arthur O’Connell, Edward Andrews, Doris Dowling, Beverly Adams, and Judy the Chimp! (“See Judy the Chimp… First Female in Space!”)

Also Featuring the Cast of Birds Do It 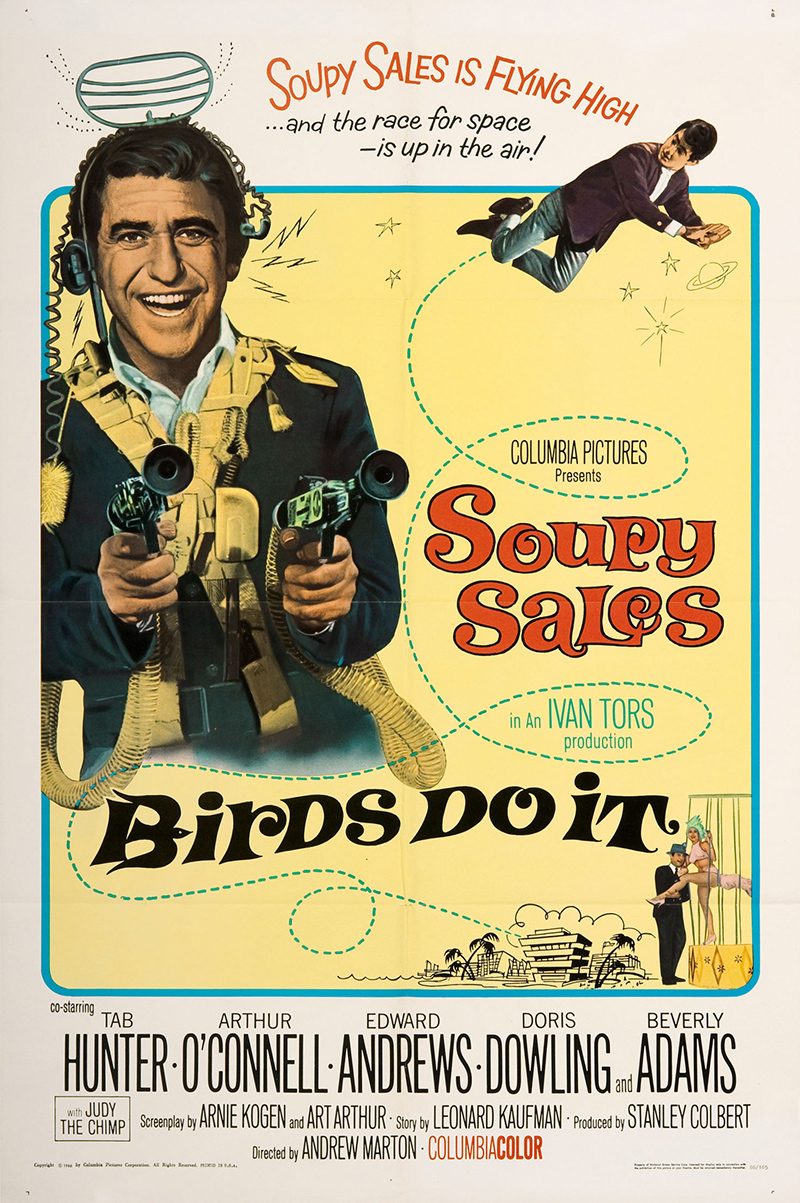