At the beginning of the 20th century, a newspaper organizes an endurance horse race : 700 miles to run in a few days. 9 adventurers are competing, among them a woman, Miss Jones, a Mexican, an Englishman, a young cow-boy, an old one and two friends, Sam Clayton and Luke Matthews. All those individualists will learn to respect each other. Bite the Bullet, the 1975 Richard Brooks cowboy western (“In the tradition of Shane and High Noon, a new Western Classic is Born! ‘Bite the Bullet'”; “For some the prize was money, for others it was glory, fame or high personal honor, but for all of them, it was an epic contest of endurance and raw courage for the bravest men and women of their time.”) starring Gene Hackman, Candice Bergen (best remembered as TV’s “Murphy Brown”), James Coburn, Ian Bannen, Jan-Michael Vincent, and Ben Johnson (“as Mister”)

Also Featuring the Cast of Bite the Bullet 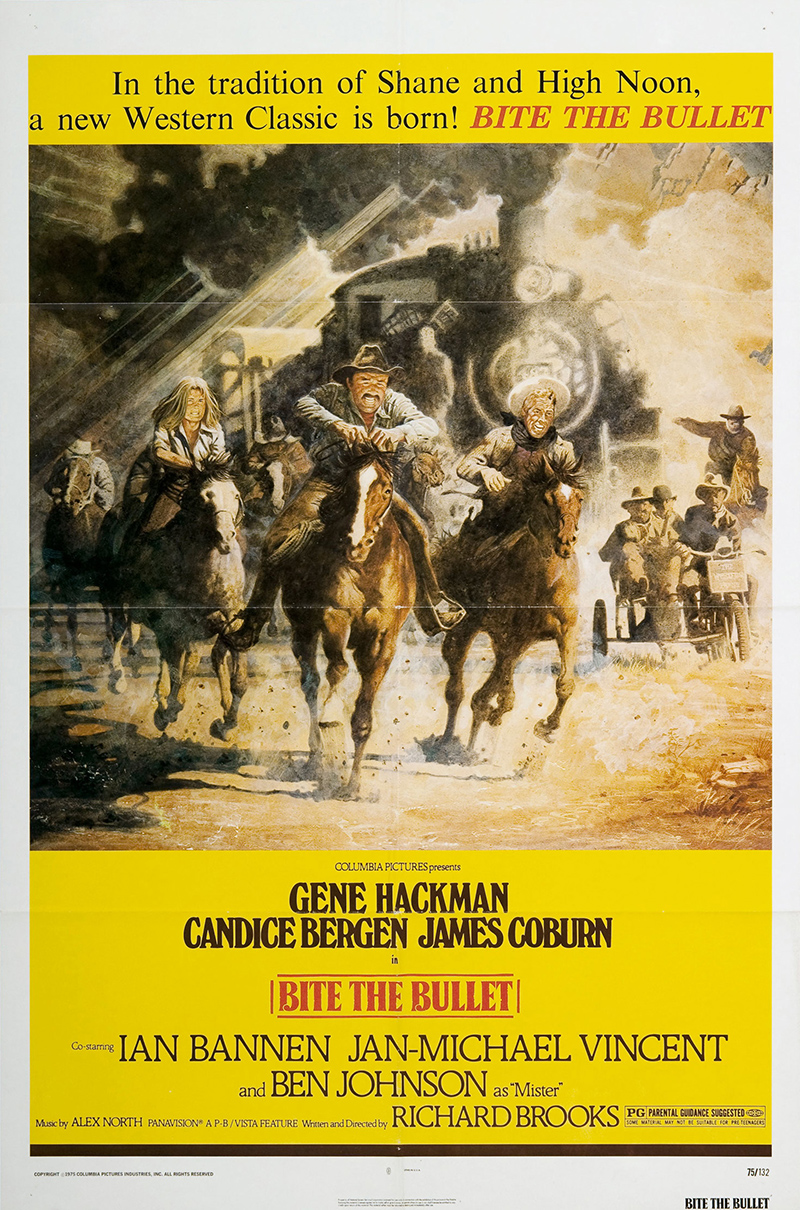