In the early 1920s, in the desert near the Texas-Mexico border, Charley Eagle (Anthony Quinn), is Indian who owns a small, hardscrabble ranch and is training a horse, “Black Hope,”. He thinks that the horse is capable of running in, and winning, the Kentucky Derby. Charley runs into a young Chinese boy, David Chung (‘Ducky’ Louie), whose father has been killed by a smuggling gang, while pretending to help him enter the United States illegally. Charlie takes the young boy back to his small ranch, where Charley and his wife, Sarah (Katherine DeMille) adopt him. His plans for “Black Hope” go awry but oil is discovered on his land and this intensifies his dreams that “Black Gold” (Highland Dale,) the colt of “Black Hope” can do what his sire couldn’t do. The end frame of the film reads:”Suggested by the winning of the 1924 Kentucky Derby by the horse “Black Gold.” 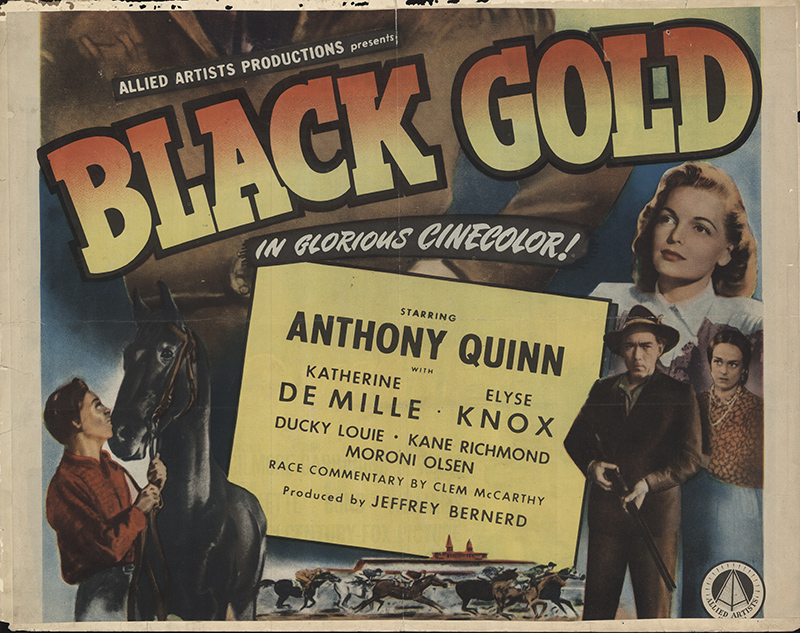