Black Like Me is the true account of John Griffin’s experiences when he passed as a black man. John Horton takes treatments to darken his skin and leaves his home in Texas to travel throughout the South. At one stop, Horton encounters a black shoe shine man, Burt Wilson, who befriends him and shows him how to “act right” so that he can fit more easily into the African American culture. It is through Wilson that Horton learns the art of shining shoes. Most of his encounters with whites are quite degrading and disturb him. As a hitchhiker, John meets several white men who refer to black men and women in disparaging ways which angers John. Throughout the movie, John is harassed and persecuted by whites without reason. In one of his many stops throughout the South, John finds himself on a park bench sitting by a white woman. A white man walks by and says, “You’d better find another place to sit.” Even though he had a college degree, menial jobs were all that he could find. John meets Frank Newcomb whose son, Tom, is arrested for some civil rights demonstrations. John tells Tom about his “passing for black” in the South, and Tom becomes enraged. Tom feels that John could have served the plight of the black man in the South better as a white man. Frank asks John if people would believe the story. Tom says, “I don’t know, but I’ll tell them.” 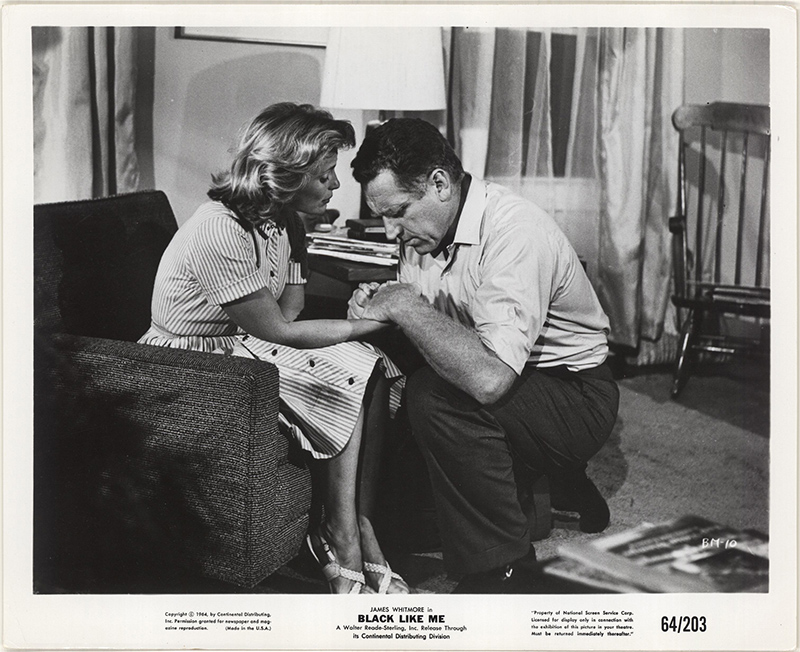