This movie tells the story of the latter years of Earl Long, a flamboyant governor of Louisiana. The aging Earl, an unapologetic habitue of strip joints, falls in love with young stripper Blaze Starr. When Earl and Blaze move in together, Earl’s opponents use this to attack his controversial political program, which included civil rights for blacks in the 1950’s. Can Earl keep Blaze and retain control of the state? Blaze, the 1989 Ron Shelton relationship-with-a-stripper political melodrama (“A governor. A stripper. Forced to choose between the office he held and the woman he loved, he chose both.”; “Elect Earl Long”; “Earl Long for Governor”; “Based upon the Book ‘Blaze Starr: My Life As Told To Huey Perry’ by Blaze Starr and Huey Perry”) starring Paul Newman (as Governor Earl Long), Lolita Davidovich (in the title role as Blaze Starr), Jerry Hardin, Gailard Sartain, and Jeffrey DeMunn.

Also Featuring the Cast of Blaze 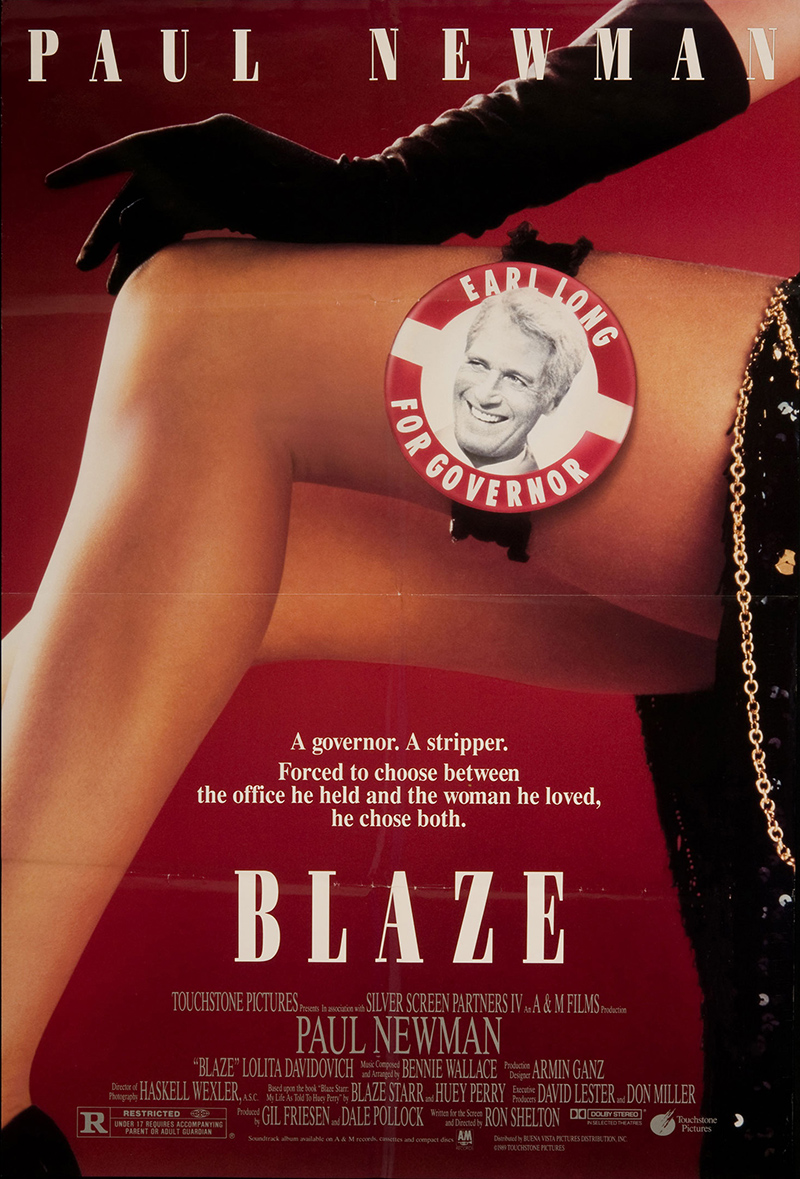