Shortly after Nogales (Lucio Villegas) tells his granddaughter Celia (Rosa Del Rosario)the someone is trying to steal the family jewels, the old man is murdered by Dutch (Bud Osborne), who came to the hacienda with Spike (John Merton) and Pepper (Tom Quinn), with intentions of robbery. Steve Halliday (Riley Hill), who is in love with Celia, chases the gunmen, but is shot. U.S. Marshals Nevada Jack McKenzie (Johnny Mack Brown) and Sandy Hopkins (Raymond Hatton) find the dead body of Sheriff Wallace, when they keep a meeting with him to discuss the jewel robbery. In the nearby town, Nevada befriends “Doc’ Bowles (Steve Clark (I)’) after he has been thrown out of the cantina by a bartender, inaptly named Cupid (‘Pat McGee (II)’ )qv)). When town banker John Halliday (Frank LaRue), who unknown to his nephew Steve is the brains behind the gang, has Necada thrown in jail on suspicion of the murders, “Doc” Bowles helps him escape. After several attempts on the lives of Nevada and Sandy, they finally trap deputy sheriff Spike into jailing Pepper for one of the attempts on their lives. Sandy almost gets the name of the leader from Pepper, but the henchman is shot. When Nogale’s servant Jose (Charles Stevens) brings hidden jewels to Halliday for safekeeping, the banker kills him in his office, but Nevada arrives before he can dispose of the body, and clears up the case. 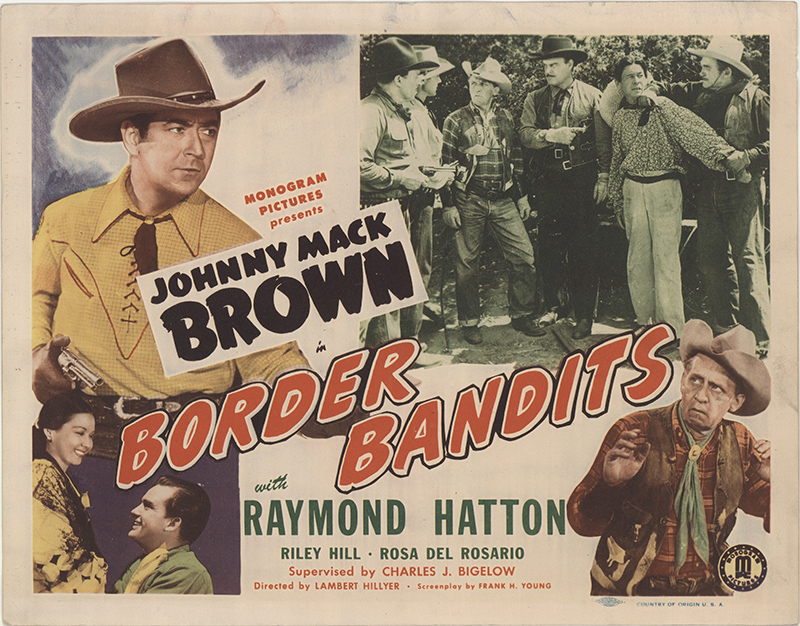