Marshal Cheyenne Davis (Lash La Rue), aka The Cheyenne Kid is on his way to Mesa City to help his pal Sheriff “Fuzzy” Jones (Al St. John) settle an old feud between the Harts and the Condons. Posing as an outlaw, Cheyenne is accepted by gang leader Jack Barton (Bob Duncan) and is told his job will be to continue stirring up trouble between the Harts and Condons. The plan is to make the two families kill each other off, so that a mine they own jointly, can be obtained at a price far below its value. Cheyenne’s plan appears to fail when Fuzzy comes in and identifies him as a Marshal, but Cheyenne gets rid of him and tells Barton he has posed as a Marshal in the past and Barton seems convinced. Cheyenne later tells Fuzzy to make no arrests until the top man is found. A wounded Jim Condon (Buster Slaven) and his sister Carol (Gloria Marlen) ride into town and Cheyenne takes him to the office of Doc Peters (Ian Keith) for treatment. Cheyenne’s efforts to patch up the feud are unsuccessful, even though Carol Condon is in love with Bob Hart (‘Kenneth Frrell (I)’ Qv)). The Condon’s and Harts are in a showdown battle, which is stopped by Cheyenne and Fuzzy, and Cheyenne reveals that Doc Peters is the man behind their troubles. 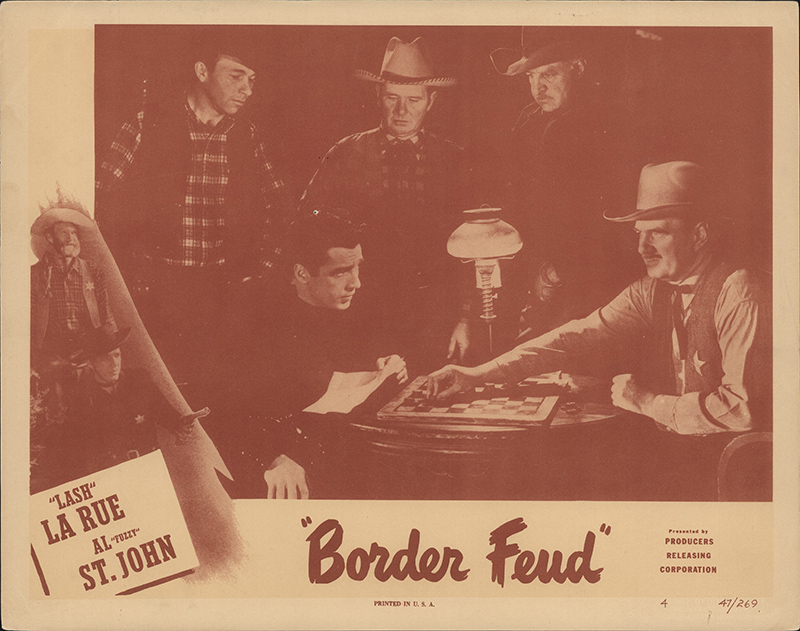