View cart “Hook, Line and Sinker” has been added to your cart.

Charles Colson was involved in the infamous Watergate scandal that brought down the administration of former President Richard Nixon. Colson was sentenced to prison for the crimes he committed in the name of “national security”, and while in prison he underwent a religious conversion. This film tells the story of his life up to, including and after his conversion. Born Again, the 1978 Irving Rapper melodrama (“For everyone who ever wanted a chance to start over.”; based on the true story of convicted Watergate felon Charles Colson) starring Dean Jones, Anne Francis, Jay Robinson, Dana Andrews, and Raymond St. Jacques 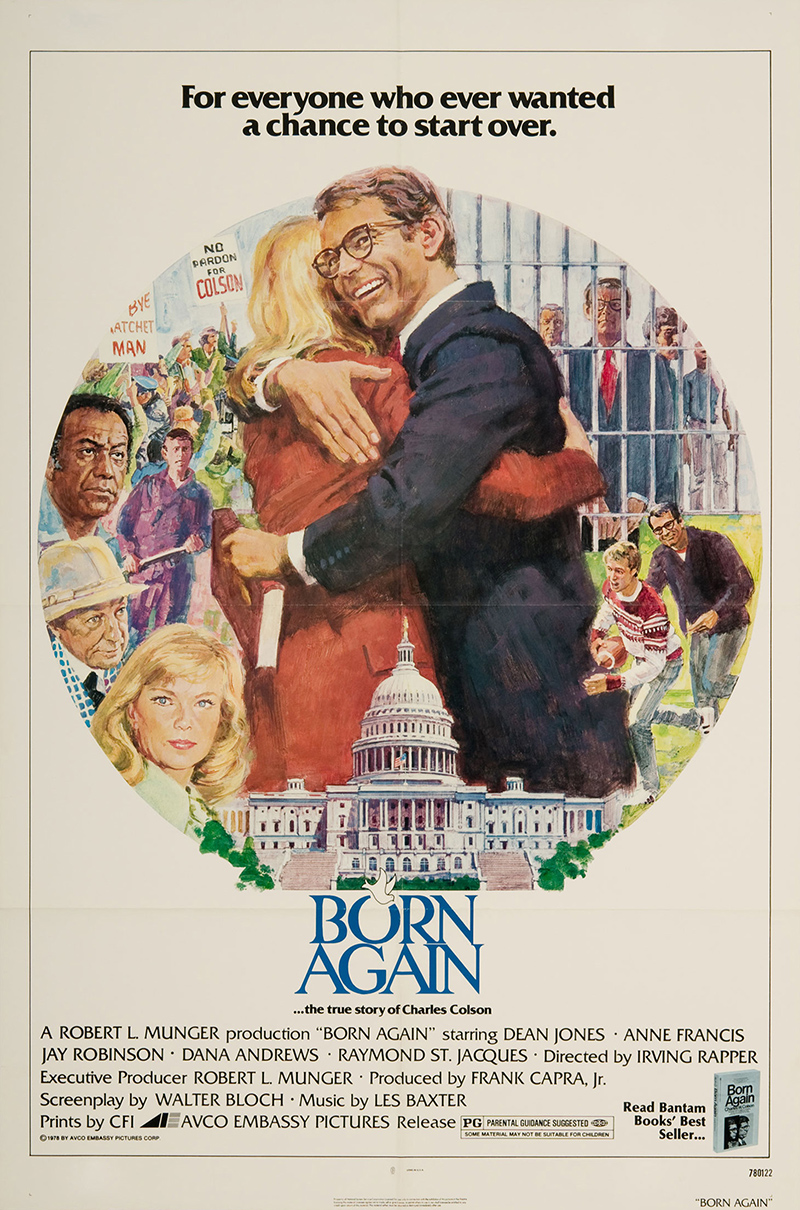