A malicious motorcycle gang harasses the residents of a small California town, intimidating most residents to not report them to the police. Among the gang’s crimes is the rape of four young women. As the gang attempts to threaten the women into not testifying at the indictment hearing, one of the women, Vicki, comes under the protection of Billy Jack, who has also had several altercations with the gang. The gang escalates their pressure on both Vicki and Billy Jack to keep her out of the courtroom. Born Losers, the 1967 Tom Laughlin (billed as “T.C. Frank”) AIP motorcycle biker gang thriller (“Kitten on Wheels with Her Bike… Her Boots and Bikini! Out for kicks… in for trouble! She’s going to Join the… Born Losers”) starring Tom Laughlin (in his first appearance “as Billy Jack”), Elizabeth James, Jeremy Slate, William Wellman Jr., and Jane Russell (billed as “Special Guest Star Jane Russell”)

Also Featuring the Cast of The Born Losers 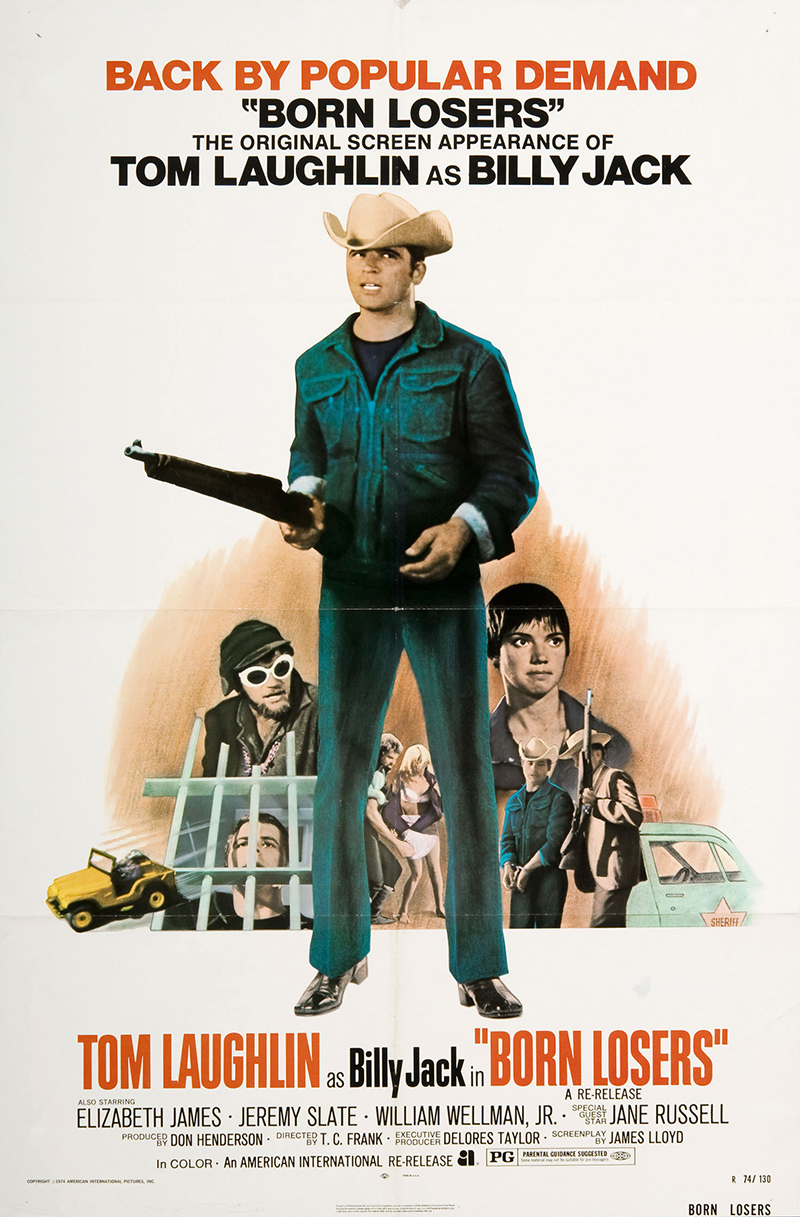