The familiar story of Lieutenant Bligh, whose cruelty leads to a mutiny on his ship. This version follows both the efforts of Fletcher Christian to get his men beyond the reach of British retribution, and the epic voyage of Lieutenant Bligh to get his loyalists safely to East Timor in a tiny lifeboat. The Bounty, the 1984 Roger Donaldson English/U.S. Naval Navy mutiny seafaring epic melodrama (“William Bligh and Fletcher Christian. They were friends through hell. They became enemies in Paradise.”; “After 200 years, the truth behind the legend.”; “An epic saga of passion, betrayal and heroism.”; “Based on the book ‘Captain Bligh and Mr. Christian’ by Richard Hough”; a re-telling of the famous “Mutiny on the Bounty”) starring Mel Gibson (who has recently made major headlines, unfortunately in a negative way, and unrelated to his movie roles!; as Fletcher Christian), Anthony Hopkins (as Lieutenant Bligh), Laurence Olivier (“as Admiral Hood”), Edward Fox (as Captain Greetham), Liam Neeson, and Bernard Hill (as William Cole)

Also Featuring the Cast of The Bounty 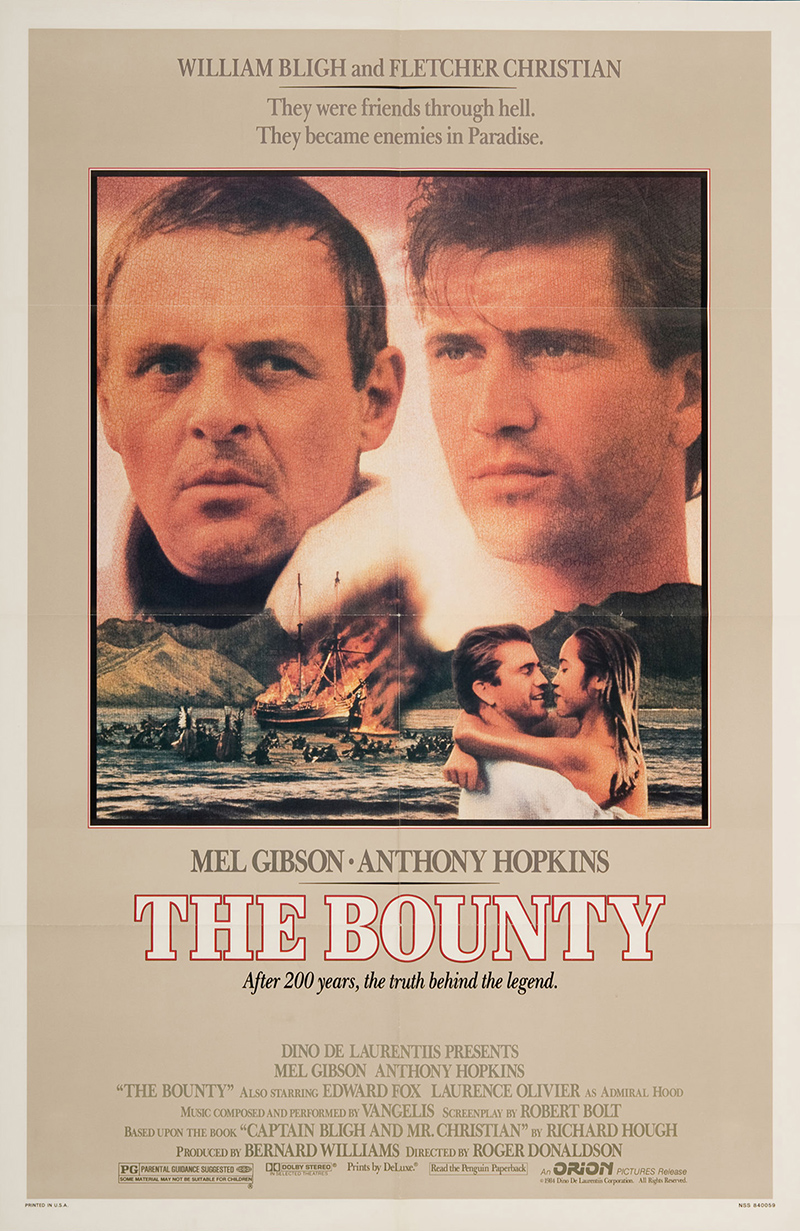