Based on “Sister of the Road,” the fictionalized autobiography of radical and transient Bertha Thompson as written by physician Dr. Ben L. Reitman, ‘Boxcar’ Bertha Thompson, a woman labor organizer in Arkansas during the violence-filled Depression of the early ’30’s meets up with rabble-rousing union man ‘Big’ Bill Shelly and they team up to fight the corrupt railroad establishment and she is eventually sucked into a life of crime with him. Boxcar Bertha, the 1972 Martin Scorsese AIP train-robbery crime thriller (“America in the 30’s was a free country. Bertha was jes’ a little bit free’er than most.”; “Kissing and killing… One was her hobby the other more like a business…”; “Based on characters contained in ‘Sisters of the Road’ – the autobiography of Boxcar Bertha as told to Dr. Ben L. Reitman.”; produced by Roger Corman) starring Barbara Hershey, David Carradine, Barry Primus, Bernie Casey, and John Carradine. Note that during this movie, Barbara Hershey began a longtime affair with David Carradine. Both known as “free spirits”, they never married, but she called herself “Barbara Seagull”, and together they had a child who they named “Free” (he was called “Free Seagull” by some, but his birth certificate said “Free Carradine”, and later he changed his name to “Tom Carradine”!). 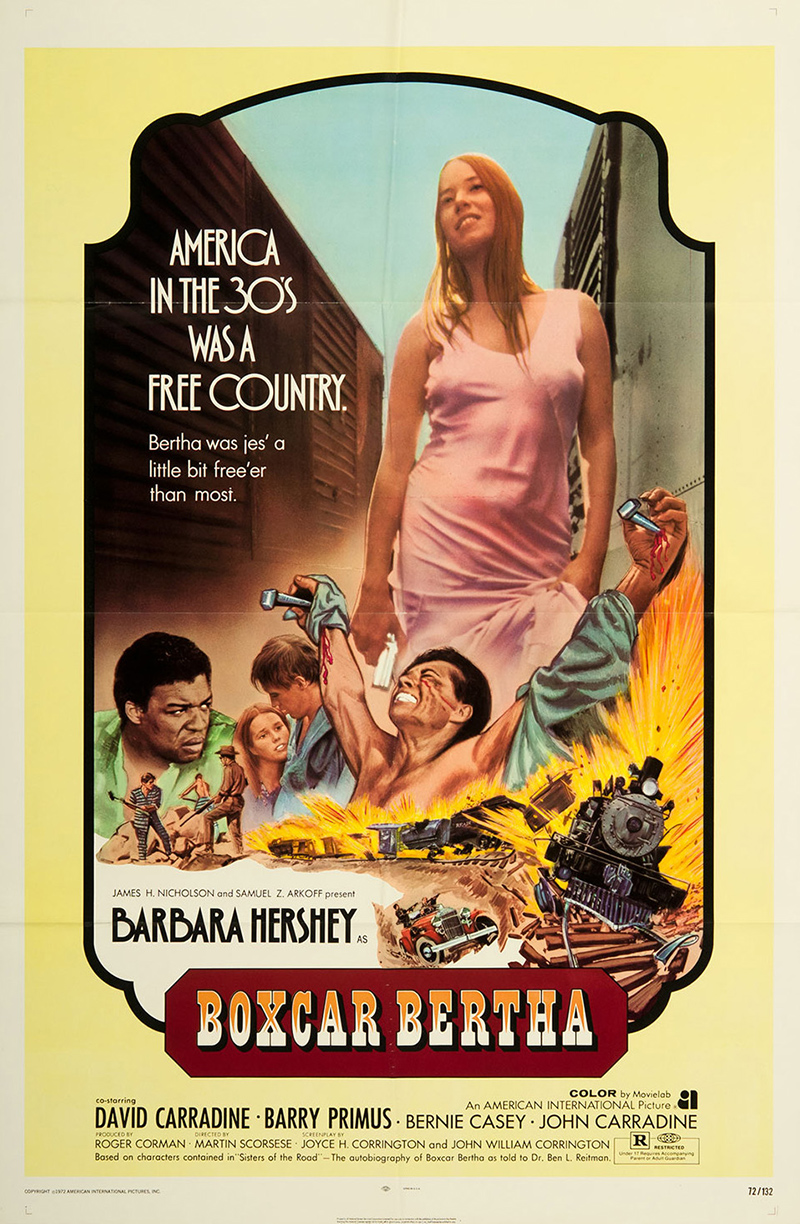