Charlene Michaelson, her two children – teen-aged Amelia ‘Milly’ Michaelson and precocious adolescent Louis Michaelson – and their dog Max move into a new house in a new neighborhood after the passing of Charlene’s husband/the kids’ father, Donald Michaelson. Beyond life without Donald, they are all nervous about starting a new life, which, for Charlene, means getting back into the workforce after thirteen years. Milly quickly settles into the neighborhood if only because she becomes fascinated with their next door neighbor, teen-aged Eric Gibb, who authorities believe is autistic. Orphaned Eric has never spoken a word, and without having been told about the incident, began to think he could fly at the exact moment his parents died in a plane crash. Many believe Eric’s belief is because he felt he could thus save his parents. Eric’s guardian is his dipsomaniac Uncle Hugo Gibb. Milly’s high school teacher, Mrs. Carolyn Sherman, who used to be a special needs teacher, looks after Eric as much as anyone. Mrs. Sherman believes that having Eric in her class with “normal” students is a positive environment for him, unlike the authorities who believe he should be institutionalized. Milly’s official and unofficial tasks become to see what lies deep within Eric’s psyche, and if there really is any validity to what people think Eric believes.

Also Featuring the Cast of The Boy Who Could Fly 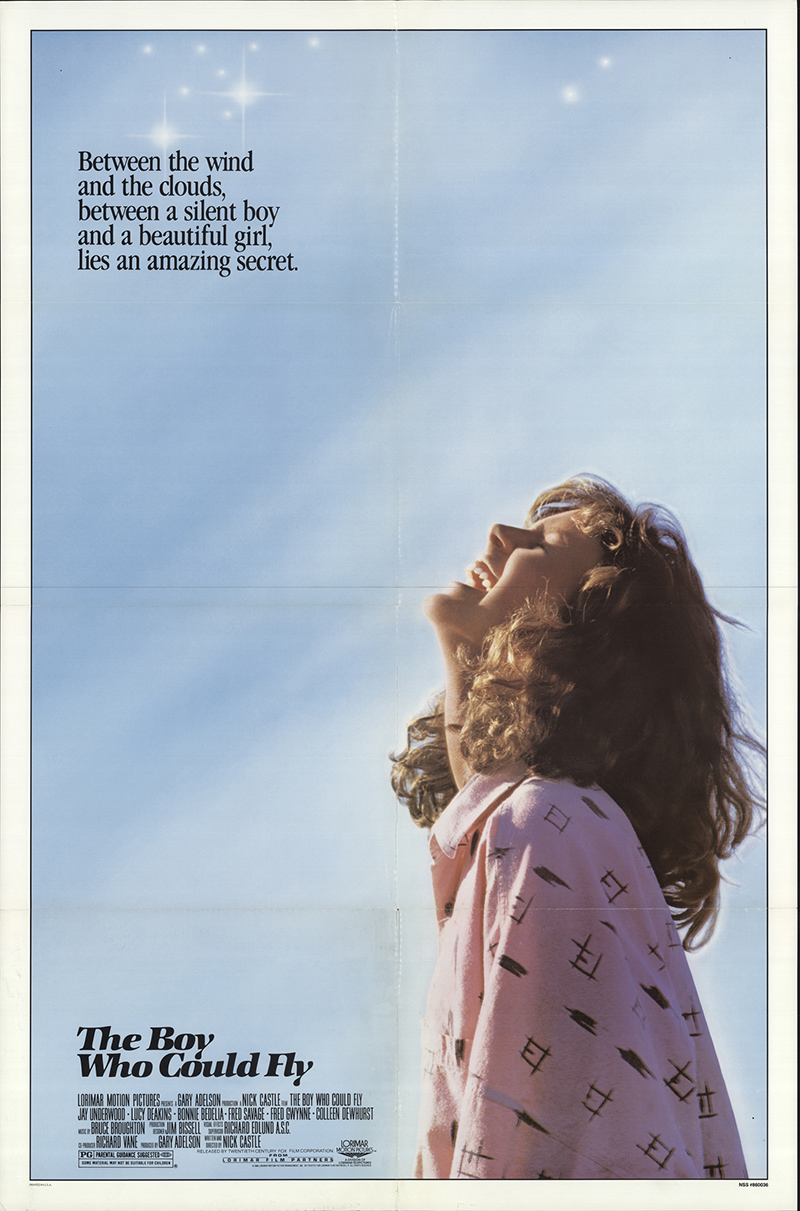