Comedy about the proverbial genie who comes out of a bottle (a table lamp in this instance) to serve his new master. The only problem is that instead of helping his master, the genie (Burl Ives) tends to get his master (Tony Randall) into more predicaments than he gets him out of. The Brass Bottle, the 1964 Oscar Brodney & Harry Keller fantasy romantic sex comedy (“It’s a modern Arabian nights-mare of fun!”) starring Tony Randall, Burl Ives (he was a star football player in high school, and intended to become a football coach, but he didn’t complete college, and he had learned the banjo, and he bummed around the country doing odd jobs and street singing in the 1930s!; he became a successful folk singer in the 1940s, and was cast as a singing cowboy in “Smoky” in 1946, billed as “The Singing Troubador”, and he alternated between folk singing and acting for the rest of his life; he is likely best remembered for playing the role of “Big Daddy” in the movie version of “Cat on a Hot Tin Roof”, and for his best supporting Oscar winning role in “The Big Country”), Barbara Eden (best remembered for playing the title role in TV’s “I Dream of Jeannie”), Lulu Porter (billed as “Luscious Lulu Porter International Dancing Star!”), Edward Andrews, and Kamala Devi (Chuck Connors’ wife). Note that it is ironic that Barbara Eden had a major role in this movie about a genie that comes out of a bottle, since she would later play such a genie herself on TV!

Also Featuring the Cast of The Brass Bottle 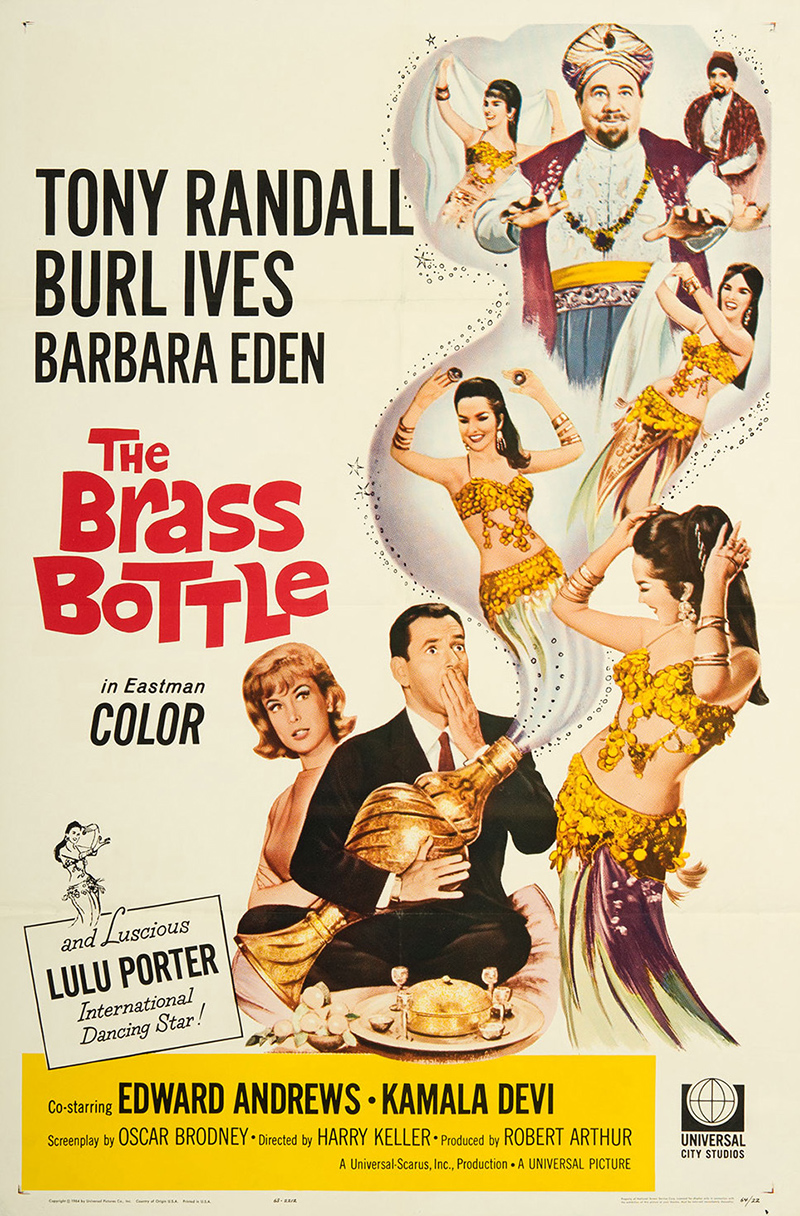