When rare mineral that can produce incredible amounts of energy is discovered on a mostly uninhabited planet called New Texas, settlers and frontiersmen as well as outlaws arrive from all over space to find fortune. However, what they don’t know is that a monstrous demonic spirit called Stampede, who looks like a bull, also lives there. Stampede puts feared outlaw Tex Hex under his control and starts collecting various dangerous outlaws for its supernatural army of minions that will take over the planet. Scared citizens send for help, so a highly capable Native American marshal called BraveStarr and a feisty, pretty and always fair female judge J. B. McBride arrive to investigate the attacks. BraveStarr soon finds allies – a wild alien sentient semi-anthropomorphic warhorse called Thirty-Thirty, who carries a powerful shotgun, a funny member of an alien mole-people race, who are master diggers and builders as well as the original natives of the planet, and a mysterious powerful Native American shaman, who is the only one who knows about Stampede, and who gives BraveStarr the power of the eyes of the Hawk, which enhances his vision, the ears of the Wolf, which gives him super-human hearing, the strength of the Bear, which gives him super-human strength and the speed of the Puma, which gives BraveStarr super-human speed. Even with all this powers and sidekicks, though, taking down Stampede could prove to be impossible. 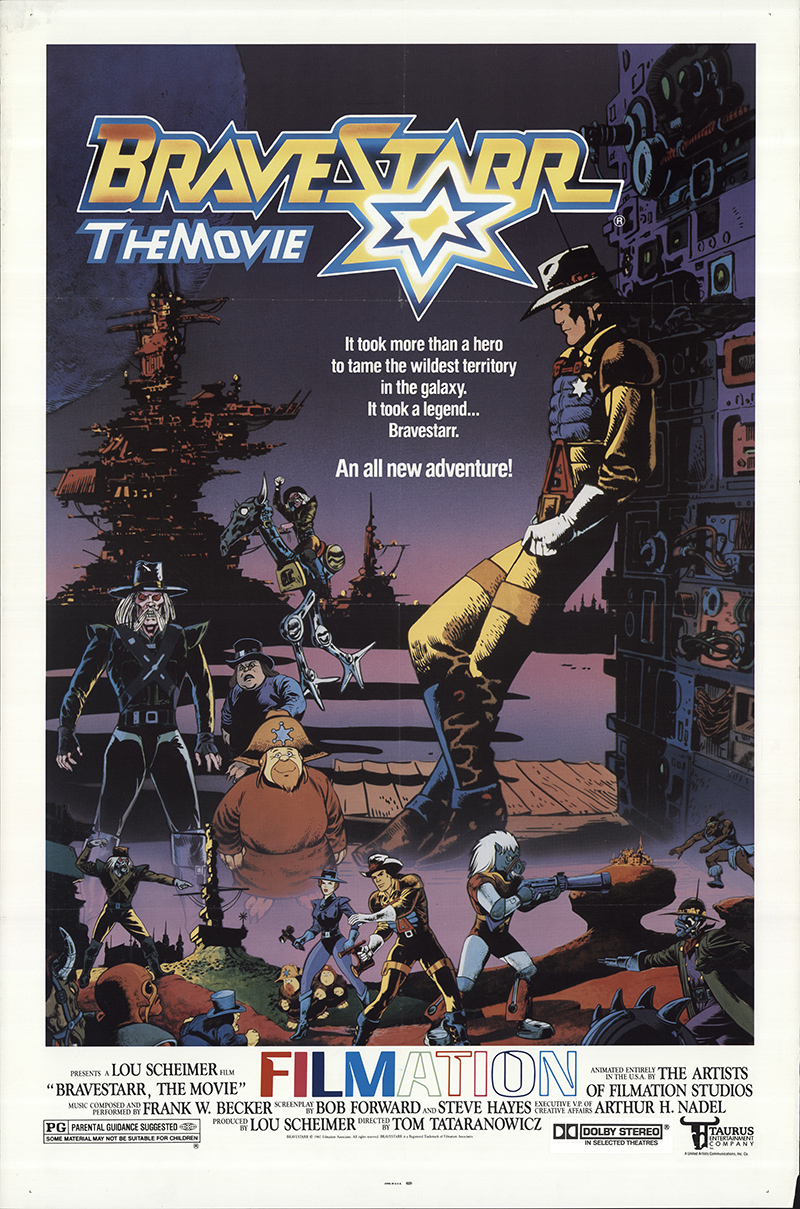