View cart “Buddy Buddy” has been added to your cart.

Walter Matthau plays a professional killer going by the name of Trabucco, who is on his way to rub out gangster Rudy “Disco” Gambola, set to testify against the mob. As Trabucco heads off to a hotel across the street from the courthouse where he plans to set his hit, he runs into the depressed Victor Clooney, who laments the fact that his wife has left him for the head of a weird Californian sex clinic. Trabucco keeps walking and sets up his rifle in a hotel room. He is disturbed by Victor trying to hang himself in the adjoining hotel room and tries to prevent him from killing himself by restraining him, but Victor breaks loose and climbs onto the ledge of the hotel window. To get Victor to come back in, he agrees to drive him to the clinic to see his wife. The two go to the clinic where Victor’s wife Celia informs Victor that she is in love in the head of the clinic, quack Dr. Buddy Buddy, the 1981 Billy Wilder ‘Odd Couple’-type comedy (“The greatest movie buddies of all time are back!”; “When a troubled shooter meets a troublemaker it’s the beginning of a ferociously funny friendship…”; “Based on a play and story by Francis Veber”; a remake of “L’ Emmerdeur”) starring Jack Lemmon, Walter Matthau, Paula Prentiss, Klaus Kinski, Dana Elcar, and Miles Chapin 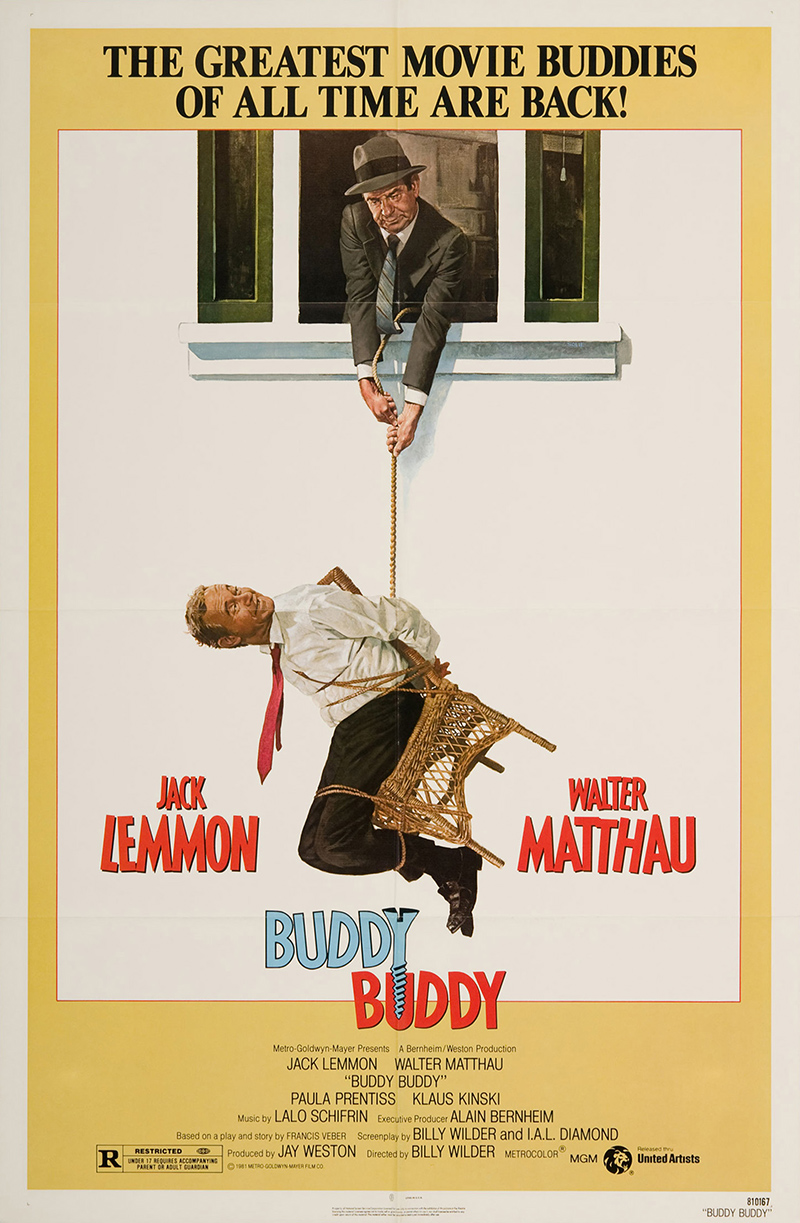