In a Surburban Town, in a Less Gothic-like house lives the Klopeks, although they are strange neighbors, A man named Ray Peterson (who lives next door on right with Klopeks), and his buddies are figuring what are up too? But one day an Elderg Neighbor named Walter Selznick was gone, they thought the Klopeks killed him, Although Wlater just got back from the Hospital presumably Heart assues, during Ray was in ambulance, a figure crept in the ambulance, the figure was Dr. Werner Klopeks, he tells Ray that The Klopeks wanted to sell the Knapps’s House, but they refused, then They killed them and Eat them (which Means Cannibalisim like eating the same species), but the Klopeks ended up getting arrested.

Also Featuring the Cast of The ‘Burbs 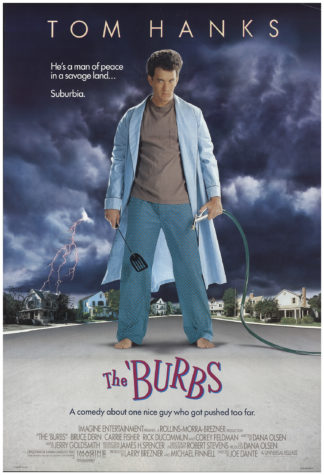