Toni Simmons believes that the only reason her married lover won’t leave his wife is because of the children. In truth, her lover, dentist Julian Winston, doesn’t have any children. In fact, Julian doesn’t even have a wife – he just tells women he does to avoid getting involved. When Julian does decide to take the plunge with Toni she insists on meeting the first wife and Julian enlists the aid of his long-time nurse/receptionist Stephanie Dickinson to play the part. Cactus Flower, the 1969 Gene Saks romantic comedy (“Cactus Flower has Flower Power”; “and so with all its breakout joy, ‘Cactus Flower’ comes full bloom to the screen!”; “The prickly stage success that convulsed audiences around the world… With all its barbed wit and the sharpest comedy cast of the year!”; “Stage Play by Abe Burrows”; “Based on a French Play by Barillet and Gredy”; “Screenplay by I.A.L. Diamond”) starring Walter Matthau, Ingrid Bergman, Goldie Hawn (in her Best Supporting Actress Academy Award winning role in her very first big screen role!; billed as “Introducing Goldie Hawn as Toni”), Jack Weston, Rick Lenz, Vito Scotti, and Irene Hervey 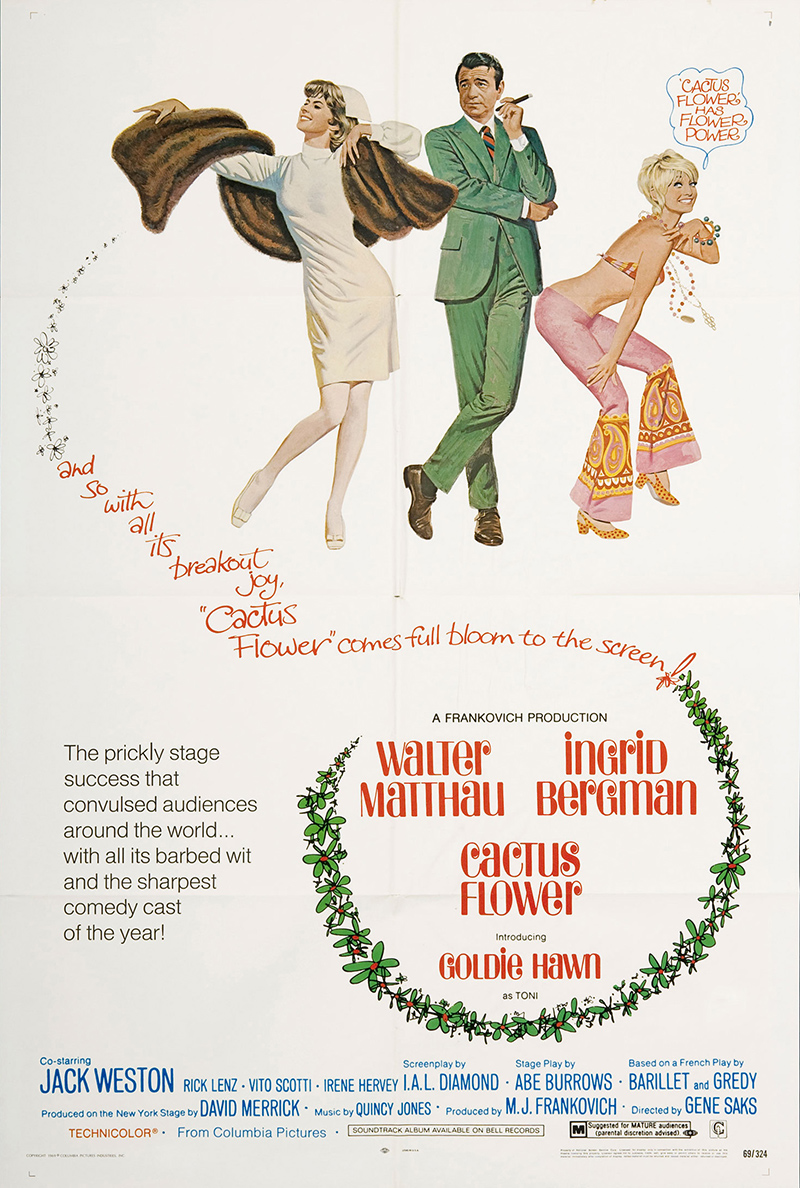